Pakist­an has had water crises as more than one-third of the water resour­ces have origin­s outsid­e of the countr­y
By Dr Shahbaz Khan
Published: July 28, 2018
Tweet Email 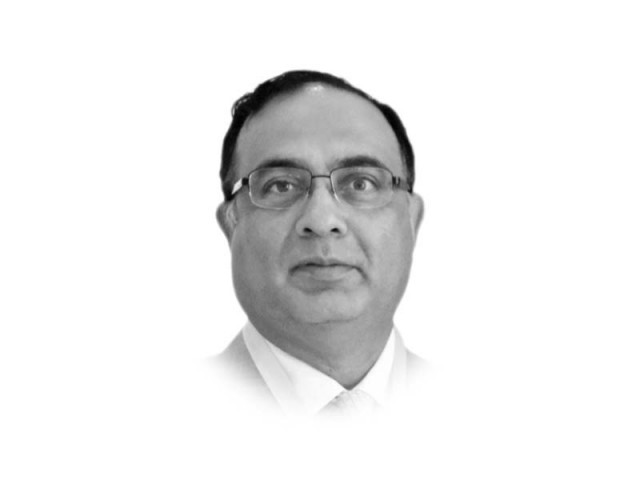 The writer is Director of the Regional Science Bureau of Unesco, Jakarta

Pakistan is a country characterised by great landscape variations from snow-covered northern mountains to irrigated floodplains of the Indus, vast coastal lands and extremely dry deserts of the Balochistan Plateau. Since independence in 1947, Pakistan has been struggling with managing its water resources as more than one-third of the water resources have origins outside of the country. This has resulted in water-distribution treaty between India and Pakistan, brokered by the World Bank in 1960, giving control over waters of the Beas, the Ravi and the Sutlej to India. With rising population and increasing demand for water, water security has become a major concern as the per capita annual water availability has dropped from 5,260 cubic metres in 1947 to less than 1,000 cubic metres in 2018. According to some recent studies, Pakistan is ranked 46th among 48 nations in the Asia-Pacific region, with only Kiribati and Afghanistan having a lower water security index. Pakistan is also among the top 10 most climate-vulnerable countries in the world. The looming shortages and worsening quality of water have become serious threats to food, health, energy and job security. Cities have run out of safe drinking water, agriculture shows lowest crop yields as crops remain thirsty and vast salinised floodplains below the Kotri Barrage and drying polluted wetlands like Lake Manchar have become sad environmental disasters. There is a National Water Policy and a National Climate Policy but the crisis seems to have become only worse as implementation road maps and action plans are missing. This situation requires extraordinary measures since business-as-usual is no longer an option. This article intends to provide an in-depth analysis of existing data on water availability, water demands, future water availability scenarios and implementable solutions to lead Pakistan from a water-scarce to a water-secure country.

The diagnostic analysis shows that for the last 30 years, the minimum, maximum and average flows in Indus are 67, 112 and 90 million acre feet (MAF) whereas same statistics for the Chenab river are 18, 33 and 26 MAF and for the Jhelum river 12, 32 and 23 MAF. The overall minimum, maximum and average availability of water from these rivers is 99, 183 and 144 MAF. The effective water available from underground water recharges from rivers and vast irrigation system is estimated to be around 50 MAF. Key questions are whether these water resources and rainfall over the irrigated and Barani areas are enough for consumptive water uses? Is too much water escaping the productive use below the Kotri Barrage to the ocean? Pakistan’s water storage capacity from existing large dams like Mangla and Tarbela is less than 14 MAF and is continuously decreasing due to sedimentation. A key question is whether an additional 6 to 10 MAF of water from planned dams can make Pakistan water secure?

A close examination of water flows for the last 30 years below the Kotri Barrage shows maximum, minimum and average flows as 92, 0.3 and 27 MAF. There have been many years, eg, from 2002-2003 when there were no substantial flows downstream the Kotri Barrage which means all the available water was diverted due to low supplies. Under such future scenarios will managers be able fill the existing and new dams?

A close study of the water balance of Pakistan shows water losses from dams to fields and within the farmer fields from 25 to 50 per cent due to use of flood irrigation and poor system management. Such losses are too high by international standards. Some of these losses can be recovered through an extra expense of energy from the groundwater while others are unrecoverable as they end up in saline unusable groundwater or evaporate back to the skies.

The storage yield curves of the Indus river basin show that up to 20 MAF, every additional MAF of storage will yield around 1 MAF of additional water supplies after which available water becomes lesser and lesser. Given the data of low flow below Kotri, there will be years when managers will be unable to fill the existing storages. The existing dams and network of barrages and canals have been able to divert around 105 MAF successfully. The additional surface storages can store around 10 MAF flows in the Indus Basin during normal and flood years. During flood years like 2010, more than 50 MAF of water flowed below the Kotri Barrage. During such years, there is an option of using these flows to recharge groundwater by diverting floods to the thirsty landscapes such as Thar.

Cultivation of many of the summer crops grown in Pakistan, such as rice and sugar, demands highest amounts of water while the largest winter crop, wheat, a staple food crop, remains under-irrigated. Can there be options to limit areas of rice and sugar cane and tailor Pakistan’s cropping patterns to present and future water availability?

Key conclusion from these scenarios is that there is a need to invest in more dams but additional storage alone will not be enough to make Pakistan water-secure. Greater gains need to be made for saving huge water losses equivalent to storage of over five new dams by investment in proven water efficiency technologies. At the farm level, such technologies can include use of drones for cropping mapping, water control devices such as smart valves, laser levelling, cheap drip irrigation, crops on beds, etc to reduce water losses. There can be leakage hotspot investments to reduce losses from supply system to saline groundwater and unproductive evaporation in the system. To improve water availability, one can recommend rooftop and micro catchment harvesting, artificial recharge of areas such as Thar with flood waters and storage of water in soils through conservation measures such as using polymers and other technologies. Given the trans-boundary nature of water resources with over 30 per cent of water supplies coming from upper catchments of Jhelum and Chenab rivers across the borders, there is a need to construct minimum linkage infrastructure, like linking Indus River below Tarbela with Jhelum River to be able to supply minimum water needs for strategic water and food security plans.

Where can be the practical entry points for road to a water-secure Pakistan? The urgent need is to provide safe drinking water as a basic human right to all citizens of Pakistan. If one uses such an approach, less than 2 MAF are needed to provide basic water supply to all Pakistanis. It is recommended to replace hazardous groundwater with surface water supplies from canals running close to our cities such as Lahore and Faisalabad and provide desalinised seawater to cities such as Karachi. Land-based wastewater treatment such as the one being used by the National University of Science and Technology through a UNESCO project can provide economical solution to treat waste waters from the cities which is being used to grow unsafe vegetables in the surroundings of most cities.

Existing water institutions and governance system has been unable to tackle the water security challenge of Pakistan. There is a need for a National Water Commission working under the directions of the National Water Council representing all stakeholders. The water education and continuous professional development need reforms through international collaborations. A national research university of water management similar to Hohai University in China is recommended closely linked with the Ministry of Water Resources.

In a nutshell, dams and artificial recharge of aquifers are urgently needed but increased water storage capacity of Pakistan cannot solve the water security problem alone. There must be a focus on improved governance, trans-boundary data availability and more extensive water loss analysis at the urban water supply system and irrigation districts levels for targeted improvement of water efficiency, availability and water equity. A sustained 10-year effort is needed for a water-secure Pakistan including construction of critical water infrastructure (dams and artificial recharge of aquifers), good governance according to 21st century water management standards, and technology for water resilience and efficiency. The business as usual is no more an option for Pakistan!