Police get chance to put their feet up

Police get chance to put their feet up 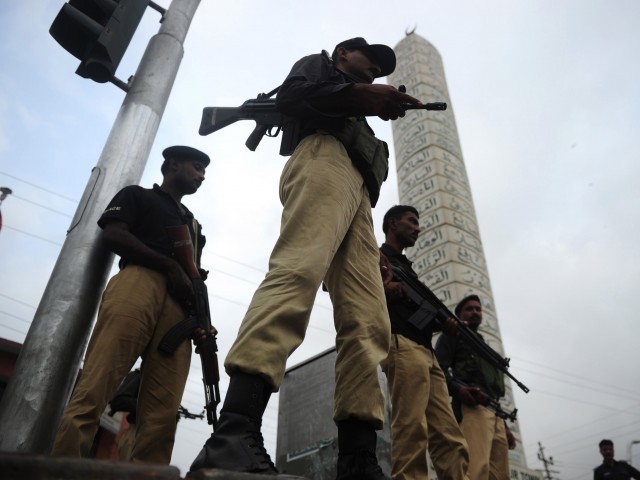 LAHORE: Officials of the Punjab Police breathed a sigh of great relief after a hectic month of election duties.

A month before the general elections, there was an unprecedented overhaul of the command of the force. Not only was the provincial police chief transferred, but 18 senior officers were also surrendered to the Establishment Division.

All the regional police Officers and district police officers had also been reshuffled. These transfers and postings even extended to DSPs, inspectors, SHOs and head clerks. Inspectors and SHOs were transferred out of their range.

Aside from the challenges of transfers, the police was aggressively engaged in performing security duties day and night at political activities whether they were rallies or corner meetings. They remained on duty for two consecutive days.

After passing the elections concluded peacefully in the province, officials were relieved thanks to a job well done.

Malik Aun Muhammad, an official, said the cops had been standing in duty for the whole day on Wednesday. As a result, the whole of Thursday was spent resting. Like Aun, police officials were far more relaxed – whether it was at home or at their duty points.

The lower cadre police officials were also seen demanding acknowledgement and respect for their services. A few of them also demanded rewards for their services. An official posted on social media that other departments were paid election allowance, but the police was excluded from this benefit.

The policemen were also appreciated by senior officers. DIG Operations Lahore Shahzad Akbar said the patriotism of police officials ensured that no voters had trouble casting their ballots.  He said they performed their duties diligently in harsh weather.

“No major incident of a clash or law and order was reported in the city,” he added. “They should get great appreciation for their role,” he concluded.

CCPO Lahore BA Nasir congratulated the Lahore Police over the peaceful election process and commended their efforts. He said the force had once again proved to be the best in Punjab. He also appreciated police officials who helped citizens during the electoral process.

Punjab Police Inspector General Dr Syed Kaleem Imam said officers and officials set unprecedented standards with their hard work, impartiality and dutifulness during polling day. He said such efforts had extended to all districts of the province.

More than one 100,000 officials were deputed for security and patrolling during elections through the entire province. The aim was to ensure foolproof security at polling stations of sensitive regions and districts. The cops also helped and guided citizens who came to cast their votes.