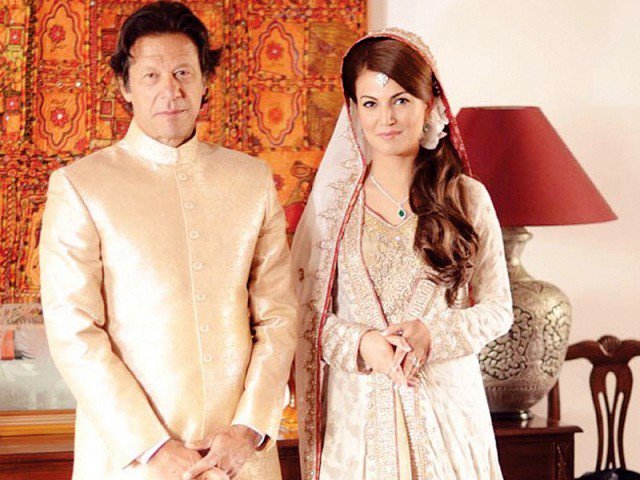 The party head made the remarks while sitting down for an interview with a British newspaper Mail Online at his residence in Bani Gala on Sunday. PHOTO: INSTAGRAM
Pakistan Tehreek-e-Insaf chairman Imran Khan has deemed his failed marriage to journalist Reham Khan as his life's biggest mistake.

The party head made the remarks while sitting down for an interview with a British newspaper Mail Online at his residence in Bani Gala on Sunday.

Talking about his current marriage to Bushra Maneka, 39, who is a leading scholar and Sufi spiritual guide he said that "I did not catch a glimpse of my wife's face until after we were married. I proposed to her without seeing her because she had never met me without her face being covered with a full veil".


"The only idea I had of what she looked like came from an old photograph I had seen in her house."

The reason, the former cricketer explains, is that his bride will not meet men other than her husband with her face uncovered, nor venture unveiled outside her house, which she rarely leaves.

She is a mother-of-five, and when she and Khan, 65, first met three years ago, she was still married to her first husband, a senior customs official named Khawar Fareed Maneka.

When Bushra finally did remove her veil, Khan adds: "I was not disappointed, and now I am happily married.It would, he admits, have been unthinkable if someone had told me I would marry someone whose face I hadn't seen. I would have thought they were mad."

"I have gradually realised that although I know more about physical attraction than anyone else, actually the character of a person and the mind, the intellect, is much more important than the physical, because in my experience that has the smallest shelf life."

'That is what keeps the interest. I have great respect for my wife's intellect and character.''

"My interest in Sufism started 30 years ago. It changed my life," he says adding that "Sufism is an order with many levels, but I have never met anyone who is as high as my wife. My interest in her began with that."

In Pakistan, Bushra's fame as a Sufi scholar is widespread. She is known as a leader of pilgrimages to the shrine of the Sufi poet Sheik Fariduddin Ganjshakar at Pakpattan – one of the holiest sites on the subcontinent. Since their wedding, the couple have also been on a pilgrimage to Mecca.

Khan says Bushra's sister is a PTI member, and introduced the couple when he was struggling to understand the teachings of a 13th Century Sufi saint.

He says he used to visit Bushra's house to listen to her explain these and other religious complexities: "I would go and meet her and read the books she would recommend."

Gradually, the visits became more frequent, and they began to grow close personally. But he says he would never have dreamed of proposing marriage had Bushra not, last autumn, got a divorce

Hung parliament would be disastrous: Imran

After a short interval, it was in January "when I proposed to her without seeing her face."

He had to wait several weeks for an answer 'because of family issues: as anyone who marries once they have a family knows, it's difficult'. However, Khan's sons by Jemima have met Bushra, and he has begun to get to know her children, too.

Khan says that if he does win the election, Bushra will not attend official functions. The one-time nightclub habitué insists he does not mind. "She meets very few people, but it suits me fine. I am past the age of socialising. I am quite happy with this life." 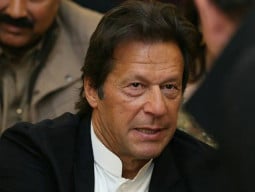 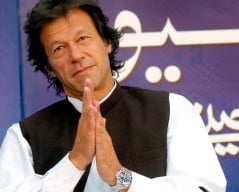 Sonya | 2 years ago | Reply Great people only and always admit their mistakes. But Khan sb you are going to be our beloved PM soon and we don't want to make more mistakes from now on.
Replying to X
Saved ! Your comment will be displayed after the approval.
Error !
Error! Invalid Email.