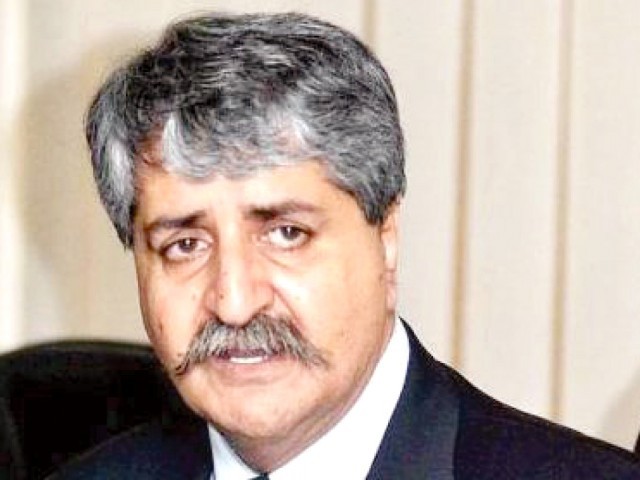 HYDERABAD: Matiari, Tando Muhammad Khan and Tando Allahyar districts, which were part of Hyderabad district till the 2002 general elections, have remained strongholds of the Pakistan Peoples Party for decades. The Makhdooms of Hala in Matiari district have been winning elections for three consecutive generations since 1962 – even before the family, which heads a spiritual organisation named Sarwari Jamaat, joined the PPP in 1967.

Similarly, Tando Muhammad Khan and Tando Allahyar districts have also elected the   PPP’s Syed Naveed Qamar Zaman Shah and the Bachani family, respectively, to the National Assembly on the trot since the 1990 elections. The party had also bagged the seats in 1988 and 1977 elections.

If reckoned on the basis of the previous elections, the PPP’s victory from the three districts, which have as many seats of NA and six of the provincial assembly, seems inevitable. Nevertheless, one factor which may entail disadvantage to the party is its 10-year uninterrupted rule in Sindh about which there exists a widespread perception of corruption and bad governance.

Unlike the elections in the 1970s or 1990s, when the PPP’s governments were sent home packing either by a dictator or a presidential decree, the 2018 general elections are being held on conclusion of the party’s twin terms in the government. And this conspicuous perception has the potential to swing the historic flow of the vote.

Division in nationalist camp may benefit PPP in Qasimabad

The Makhdoom family, headed by former provincial minister Makhdoom Jamiluz Zaman, is contesting on all three seats in the district. Zaman is a candidate for NA-223 Matiari, the constituency which elected his father, late Makhdoom Amin Faheem, as MNA seven times and his grandfather, Makhdoom Muhammad Zaman alias Talibul Moula, four times.

However, the 2013 elections posed a perilous risk to the electoral invincibility of the Makhdooms. For the first time an opponent, Abdul Razzak Memon of the 10-party alliance who contested on Pakistan Muslim League-Functional’s ticket, managed to secure 72,423 votes against 95,724 of late Fahim. Memon later filed a petition in the tribunal and, subsequently, the Sindh High Court dismissed his stance alleging that rampant rigging helped Fahim retain the constituency.

Jamiluz Zaman is now defending that seat from Grand Democratic Alliance’s Makhdoom Fazal Hussain Qureshi. The candidates of Muttahida Majlis-e-Amal, PML-N and Pakistan Tehreek-e-Insaf, among others, are also contending. Though he was elected MPA from Matiari in all the general elections since 1997, he is vying for an NA seat for the first time.

Makhdoom Mehboob Zaman and Makhdoom Rafiq Zaman are the PPP’s candidates for PS-58 and PS-59 seats of the Sindh Assembly in Matiari. Rafiq was also elected MPA four times and has also served as chairman of District Council Hyderabad from 1988 to 1992 and Nazim of Hyderabad district from 2001 to 2005.

The GDA’s Naseer Ahmed on PS-58 and Syed Jalal Shah on PS-59 are being considered as the strongest candidates against the Makhdooms. Local observers, however, think that an electoral defeat on any of the three seats to the family will be an incredible occurrence.

Syed Naveed Qamar Zaman Shah of PPP, a former federal minister, has also been successively winning the national assembly’s constituency from TM Khan since 1990. He began his career as a lawmaker in 1988 when he was elected on a Sindh Assembly’s seat from TM Khan. From 1990 onward, he persistently contested and won the NA seat.

In 2013, he was polled three times higher votes, 100,095, than his opponent Pir Sajjad Saeed Jan Sarhindi of PML-F who secured 32,224 votes. He also won from an almost identical margin from Sarhindi in 2008. He defeated Sarhindi in 2002 elections as well on the same seat.

On July 25, he will be confronted by GDA’s Mir Ali Nawaz Talpur, who is being backed by some local dissidents of the PPP, besides other political groups. “The voters are demanding accountability of losses caused to the farmers and agriculture sector, accountability for selling government jobs, accountability for embezzling billion of rupees in the name of development funds and accountability for failing to provide basic civic services,” said former provincial minister Mir Mumtaz Talpur at a press conference.

PPP withdraws from Hyderabad constituency in favour of JUP chief

However, Qamar and the other PPP candidates claim carrying out unprecedented works in the district and establishing a satellite centre of the National Institute of Cardiovascular Diseases in TM Khan.

In PS-69, the alliance’s Abdul Rahim Katiar and PTI’s Syed Zulfiqar Ali Shah, among others, have challenged PPP’s former MPA Abdul Karim Soomro, whose family has been elected from that area in four elections to the provincial assembly.

The Bachanis have also dominated the NA 224, formerly NA-223 and NA-171, since 1990 general elections. Former MNA Abdul Sattar Bachani was elected for four terms to the NA and his wife Shamshad Sattar Bachani twice in 2002 and 2008. For July 25 polls, the couple has launched their son, Zulfiqar Bachani, on the PPP’s ticket.

The strongest opponent in the constituency, the GDA on its part has launched Muhammad Mohsin Magsi, son of PML-N senator and former Nazim of Tando Allahyar Dr Rahila Gul Magsi. In 2013, Rahila contended as a PML-N’s candidate, backed by the 10-party alliance, and secured 68,118 votes against 91,956 votes of the winning candidate, Bachani. Her younger brother, Dr Irfan Gul Magsi, was elected MPA in the 2002 elections from the district. Contestants from some other parties besides the independent ones are also competing.

“The PPP has an identity for political struggles and service to the poor people. But the leaders of GDA will no longer be visible after their July 25 defeat,” said Zulfiqar at a corner meeting.

The PPP’s ex-MPA Syed Zia Abbas Shah Rizvi is in the contest from PS-60 to win a second term. His father, former provincial minister Syed Ali Nawaz Shah Rizvi, was also elected twice from that seat and is currently leading the electoral campaign for his son being president of PPP Hyderabad division.

Although a dozen candidates are in the competition in PS-60, the challenge to Rizvi is posed by the GDA backed PTI’s advocate Ali Ahmed Palh, who is also a rights activists and head of Sindh Defenders of Human Rights.

Imdad Ali Pitafi, who has also remained MPA from the district for two consecutive terms, is the PPP’s candidate for PS-61 for the third term. However, his candidacy is facing formidable resistance by the GDA’s Khair Muhammad Khokhar.

“The PPP has created mini kingdoms in Sindh by giving tickets to candidates from the same families for generations,” Khokhar said, criticising the Bachani, Shah and Pitafi families for getting elected repeatedly but failing to develop the district.