Explos­ive materi­als and fake pistol­s were seized from the site
By Our Correspondent
Published: July 21, 2018
Tweet Email 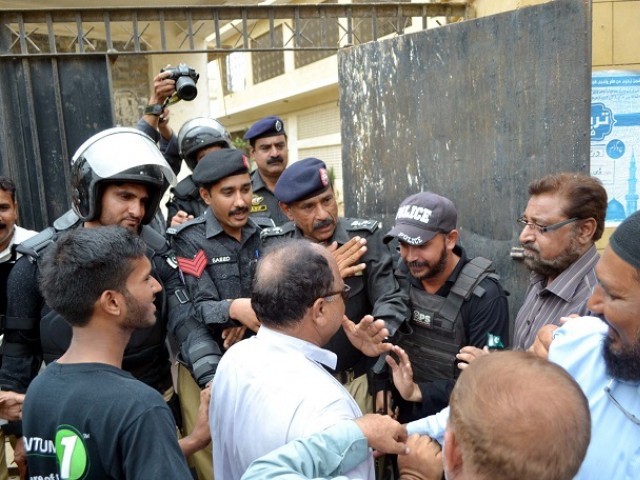 KARACHI: A security guard was injured when a low-intensity blast occurred within the premises of a seminary in the city’s Rizvia Society on Friday.

Police officials have detained at least three people, including the injured security guard, over their involvement in the blast. Sindh Inspector General of Police (IGP) Amjad Javed Saleemi also took notice of the incident and sought a report from the Zone West police chief regarding the incident.

Following the explosion, a large contingent of law enforcers, including Rangers and police, reached the site and cordoned off the seminary to inquire into the cause of the explosion and collect evidence.

Though the police did not officially confirm the recovery of arms and explosives from the seminary, sources within the department said that explosive materials and fake pistols were seized from the site. Police is trying to investigate links between the seminary and banned militant outfits.

According to police officials, the seminary management had already washed the site of the blast before the arrival of the police in order to remove any evidence.