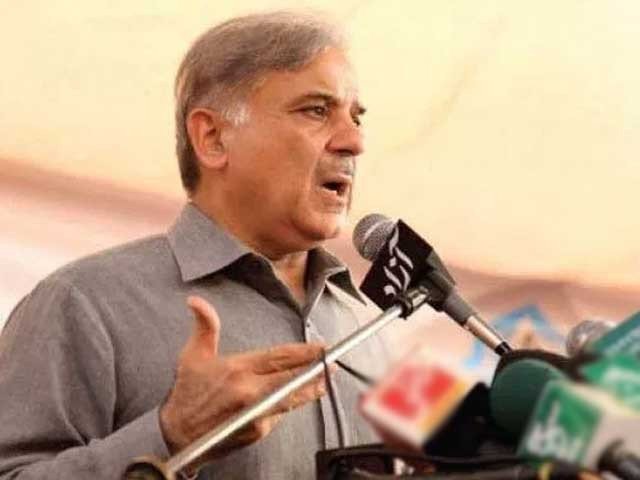 KARACHI: The NA-249 constituency of District West may well prove to be the Pakistan Muslim League-Nawaz’s gateway to Karachi’s electoral fray. With the party chief, Shehbaz Sharif, contesting for the National Assembly seat from this constituency, his victory may well announce the party’s entry into the city’s politics.

According to the Election Commission of Pakistan, there are 331,430 voters registered in NA-249, of whom 129,889 are female and 201,541 are male. They will cast their votes in 257 polling stations set up across the constituency on July 25. The constituency also includes the provincial assembly seats of PS-115 and PS-116.

Overall, the area is inhabited by various ethnicities, including Punjabis, Pushtoons, Sindhis, Kashmiris, Baloch and members of the Urdu-speaking community.

Until the last general elections, the constituency was known as NA-241.  At the national level, the Muttahida Qaumi Movement’s candidate returned from the seat for the last two terms. The party’s Syed Akhtarul Iqbal Qadir won both the 2008 and 2013 elections by securing 93,617 and 95,584 votes, respectively. Further back in 2002, the constituency had voted for MMA candidate Muhammad Laqeeq Khan. 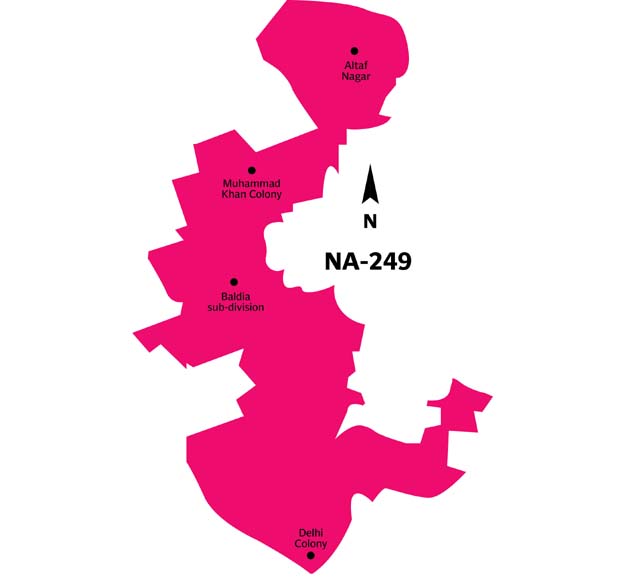 What Sharif has managed to do is gain significant support of the Pushtoon population by forging an alliance with the Awami National Party (ANP). The latter has withdrawn its candidate in Sharif’s favour. Meanwhile, backdoor negotiations are ongoing between the PML-N and the MQM. If this deal too comes through, Sharif will have tipped the scales in his favour as he will now have the Urdu-speaking community among his voter base too. “Shehbaz Sharif had filed the nomination papers from NA-250 as well, but he withdrew in support of ANP’s Shahi Syed, while the latter’s party announced support for him in NA-249,” PML-N leader Kheal Das Kohistani told The Express Tribune.

“After the election, Shehbaz will retain this seat if the voters from this constituency of Karachi elect him in the polls,” promised Kohistani, who is a close aide of the PML-N’s central leadership. 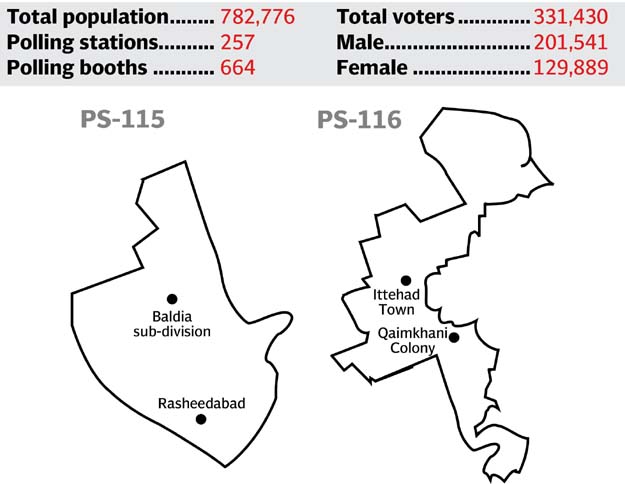 Another source within the PML-N, speaking on the condition of anonymity, said the party had approached both the MQM and MMA for support. “The ANP has withdrawn its candidate. The MQM has pledged support too, while negotiations with the MMA are ongoing,” he said.

Kohistani added that for the first time in the last local government elections, the party had secured nine UC seats from District West, which gave them high hopes for an electoral win this time.

For his part, the Pakistan Tehreek-e-Insaf spokesperson said the party’s candidate Dr Saeed Ahmed Afridi had won the seat last elections, had it not been for the alleged rigging by the MQM. “The 2013 polls were rigged, otherwise PTI would have secured this seat,” the PTI’s Dawa Khan Sabir told The Express Tribune.

Meanwhile, the PML-N has intensified its campaign in the constituency. According to party leaders, Shehbaz has visited the constituency twice and will visit a third time on July 21 when he is scheduled to address a rally at Bagh-e-Jinnah. Shehbaz, in his speeches, has promised to clean Karachi within six months and resolve the water crises in three years, besides pledging to build state-of-the-art hospitals and fix the city’s transport system.