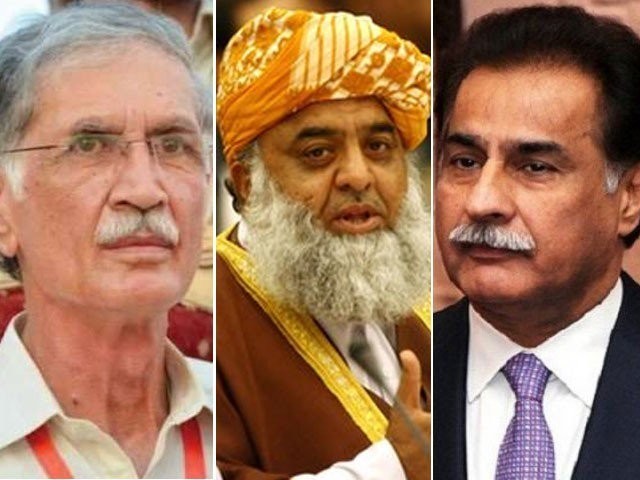 The notifications have directed the leaders to desist from using offensive or abusive language against other political parties in their speeches at political gatherings. PHOTO: EXPRESS

PESHAWAR: The Election Commission of Pakistan (ECP) on Thursday served notices to former chief minister of Khyber-Pakhtunkhwa (K-P) Pervez Khattak, Jamiat Ulema-e Islam (F) chief Fazlur Rehman and Pakistan Muslim League-Nawaz (PML-N) Ayaz Sadiq over the use of abusive and derogatory language against in their speeches.

The Election oversight commission summoned the leaders on July 21 to explain their actions. 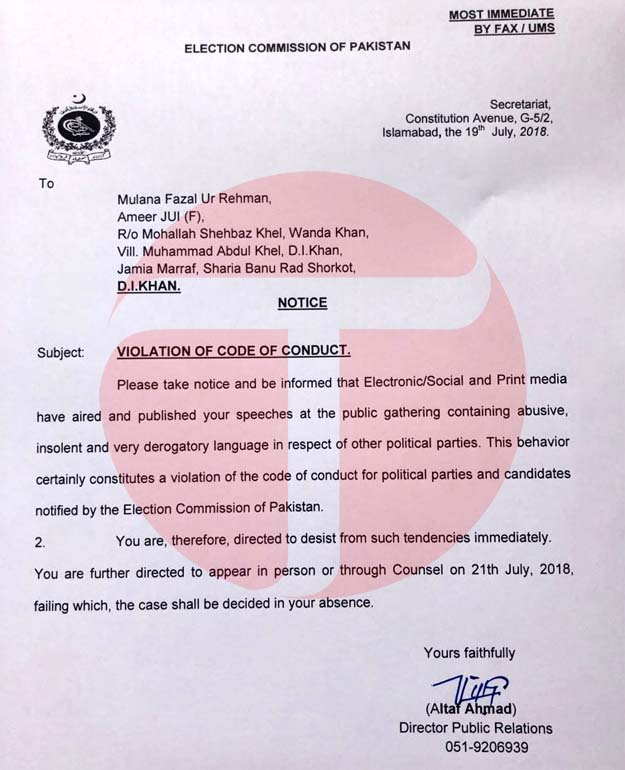 The notifications have directed the leaders to desist from using offensive or abusive language against other political parties in their speeches at political gatherings.

The notices state that they have violated the code of conduct for political parties and candidate issued by the ECP.

Footage of the incident began to do the rounds on social media and was subsequently shown by the various news organisations.

A four-member ECP bench headed by Abdul Ghaffar Soomro conducted the hearing of a complaint alleging use of foul language by PTI Chairman Imran Khan.

“Imran called out a party worker from a rival political party by an inappropriate word, what is going in this election campaign?”, ECP’s Altaf Ibrahim Qureshi questioned Awan.

Awan responded that the word ‘donkey’ is an ordinary term and “even teachers call their students donkey in a classroom setting”. Qureshi replied that such incidents portray a negative image of the country.

To this, the ECP remarked that “notices to other candidates for using inappropriate language have also been sent”. PTI’s counsel was instructed by the electoral body to submit a written response in a week’s time.

Awan requested the ECP to postpone the hearing till after the elections as Imran is on the campaign trail in the runup to general elections, agreeing to the counsel’s request, the electoral body postponed the hearing till August 9.