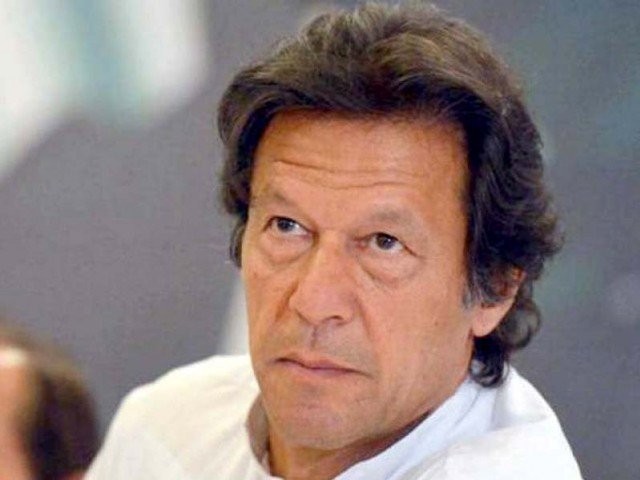 Over the past 15 days, Imran has made campaign stops in 25 different cities of the country. PHOTO:FILE

ISLAMABAD: The PTI on Wednesday announced that it had changed its plans regarding its final pre-election rally and that the event will now be held in Lahore instead of the federal capital.

The party said that it has also concluded its campaigning in Khyber-Pakhtunkhwa (K-P) to the extent of rallies of the Pakistan Tehreek-e-Insaf (PTI) Chairman Imran Khan.

In a video message released on Wednesday, Imran told residents of K-P that due to the martyrdom of Awami National Party’s (ANP) Haroon Bilour in a terror incident, he had cancelled his scheduled rallies in different cities of the province but requested residents of K-P to vote for his party on July 25.

The PTI had suspended its campaign in K-P for a day. However, Imran resumed campaigning and went on to address at least three rallies in the province including in Swabi, Mardan and Nathia Gali since Bilour’s martyrdom on July 10.

A rally schedule released earlier in the month by the party had shown that Imran was not scheduled to address any rally in K-P after July 16.

A slight change was also made to the PTI chief’s election campaign travelogue.

Previously it had been announced that Imran will conclude his 2018 general election campaign by addressing a massive rally in the federal capital on July 23.

However, the revised schedule says that that rally has been moved up to July 21 while the campaign’s final rally will be held in Lahore. Imran is contesting the upcoming elections from both, Islamabad and Lahore.

Over the next five days, Imran will be spending three days in Lahore, including July 19, 20 and 23.

He will be in Islamabad on July 21 and in Karachi on July 22 where is scheduled to address rallies.

The decision to shift campaign’s concluding rally venue from Islamabad to Lahore is primarily based on assumption that PTI apparently has no issues in the federal capital and it’s expecting to win all three seats from here, said a senior party leader.

He said concluding rally on July 23 in Lahore would support party candidates in provincial capital where PTI was not in better position.

Over the past 15 days, Imran has made campaign stops in 25 different cities of the country.

“Be ready for the decisive fight. July 25 will define the country’s fate. Come and vote for PTI if you want a prosperous Pakistan,” Imran told K-P residents in a video message after addressing his final rally in the province on Wednesday.

“This is a historic election and your active participation will ensure a strengthened government of PTI at centre and in all provinces,” the PTI chief said, adding that his party would steer the country in the right direction.

According to the details issued by party’s Central Media Department, PTI has bagged huge successes in Khyber-Pakhtunkhwa and Sindh as PML-Q senior leader Senator Ajmal Wazir and Fiza Junejo, the daughter of former Prime Minister Muhammad Khan Junejo have decided to join PTI.