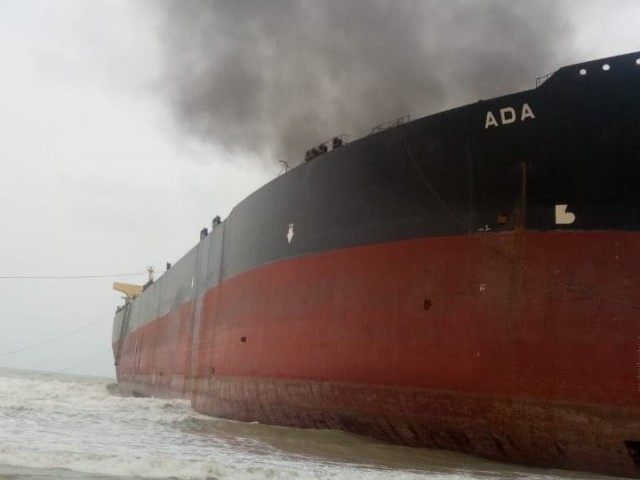 QUETTA: At least four labourers remain trapped inside a cargo ship that caught fire at the Gadani shipbreaking yard on Monday.

Rescue team present at the site of the incident stated that the majority of workers were evacuated from the ship which is anchored at plot 116. Bashir Mehmood Baloch, a supervisor at the shipyard, said the administration is ensuring the rescue of all trapped workers.

“Fifty years on, they [workers] do not even have safe drinking water facility at the yards,” SBWU president Bashir Ahmed Mehmoodani had lamented. “When union raises voice against these things, the employers get them banned by bribing the authorities.”

NTUF deputy-general secretary Nasir Mansoor had said that Gadani case was arguably the second largest shipbreaking yard in the world after Alang in India and was close to the Chittagong’s. “But the work manual is the worst here in Pakistan. Even jungles would have some laws but there are none here.”