Ahmed says how a careta­ker set-up can superv­ise a countr­y when it needs superv­ision itself­
By Our Correspondent
Published: July 15, 2018
Tweet Email 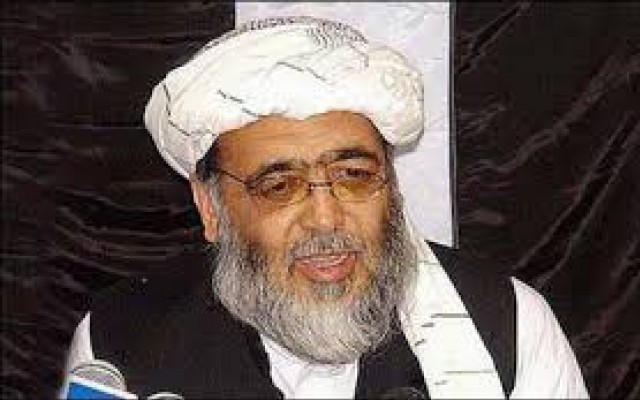 QUETTA: Jamiat Ulema-e-Islam-Fazl (JUI-F) leader Hafiz Hussain Ahmad has criticised the interim federal government over its failure in preventing deadly terrorist attacks on election candidates throughout the country, saying how a caretaker set-up can supervise a country when it requires supervision itself.

“The performance of the interim government, which was arranged with little formality, has been unveiled after a series of incidents that took place in various parts of the country,” said Hafiz Ahmad while addressing separate public gatherings on Saturday.

He said, “A chief minister, who cannot even keep vigilance on the activities of a particular party at the Governor House, which is a little distance away from the CM House, how can he avert attacks similar to the one in Mastung.”

He said, “A handsome amount of money is being spent on the so-called security of candidates, but still they aren’t secure.”

He said, “After the horrific incident in Mastung, where more than 300 people bathed in blood, our media remained busy covering a declared offender over corruption charges. Such activities will strengthen the feeling of deprivation among the people of Balochistan.”