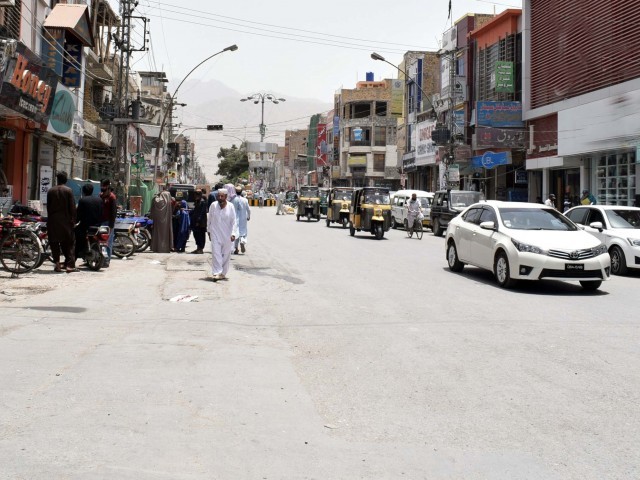 QUETTA: The widespread fear, grief and panic, emanating from Friday’s suicide bomb attack that claimed 128 lives, continued to grip the province on Saturday as the death toll reached 130.

The deadliest attack in Balochistan’s history, claimed by the Da’ish, on an election rally of the Balochistan Awami Party (BAP) in Mastung also left over 140 injured.

BAP leader Siraj Raisani, who was supposed to address the rally, was killed in the attack. He was the brother of former Balochistan chief minister Aslam Raisani and Balochistan National Party-Mengal leader Haji Lashkari Raisani.

The whole province was in mourning as all business activities remained suspended.
The Balochistan government announced two days of mourning. The national flag was flown half-mast across the province.

“I went to attend the corner meeting of Siraj Raisani from my village Kird Gap. We were sitting near the stage when Siraj Raisani commenced his speech and a powerful explosion occurred,” said an injured, crying Haji Raees, who is being treated at the Civil Hospital, Quetta’s surgical ward.

He said, “I don’t know how it happened as many people of my village were martyred in the blast. I am still in trauma as the voice of the explosion is echoing in my ears. I fell unconscious after the blast, but when I opened my eyes I found myself on a hospital bed.”

Elder brother of Siraj, BNP-M’s Lashkari Raisani, has demanded the constitution of a truth commission of the Supreme Court to probe Friday’s suicide attack in Mastung.

Lashkari said, “Annually millions of rupees are looted in the name of security in our province but no one is secure. The policymakers of our country are responsible for the worst law and order situation in Pakistan, particularly in Balochistan.”

“We can’t begin to explain the atrocities being committed against the innocent people of Balochistan and we don’t know how long they will last,” said Balochistan Bar Association member Muhammad Anwer Advocate, adding that the loss of Siraj Raisani and Awami National Party’s Haroon Bilour would definitely affect the country’s politics.

Around midnight on Tuesday, ANP leader Bilour and 19 others were martyred and dozens injured in a suicide bomb attack targeting an ANP rally in a congested neighbourhood of Peshawar. The blast occurred near the vehicle of Bilour, son of the late ANP leader Bashir Bilour, in the Yakatoot area.

All mainstream and national political parties in Balochistan have suspended their election activities for three days to mourn the Mastung blast.

“Siraj Raisani was a true patriotic leader of the country. Indeed his loss, including all the lives lost in Friday’s blast, is a huge tragedy for Balochistan,” said BAP President Jam Kamal Khan Aliyani, announcing that his party would raise a black flag on their office against the martyrdom of their candidate for PB-35 Mastung.