Eritrea's president in Ethiopia for three-day visit as relations improve

Eritrea's president in Ethiopia for three-day visit as relations improve 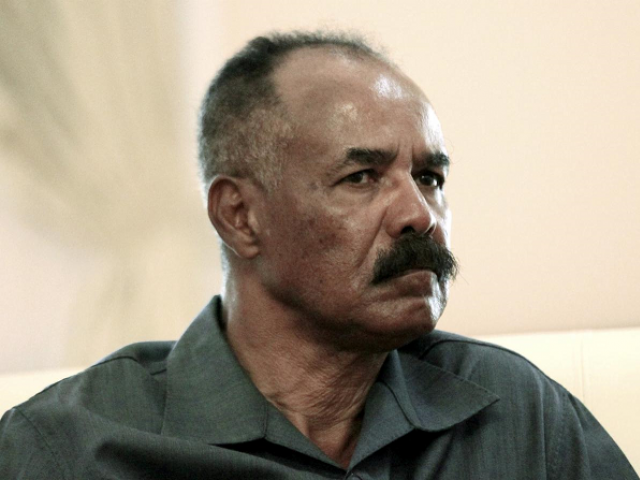 ADDIS ABABA: Eritrea’s President Isaias Afwerki arrived in the Ethiopian capital on Saturday for a three-day visit, Ethiopia’s state-run broadcaster reported, days after the two neighbors declared their “state of war” over.

Ethiopian Prime Minister Abiy Ahmed met Isaias at the airport. The two leaders hugged and left together in the same armored SUV, in the latest sign of rapprochement between the Horn of Africa neighbors.

The meeting comes a week after Abiy visited Eritrea and signed a pact with Isaias on resuming ties, a move that ended a near 20-year military standoff after a border war.

Eritrea formally seceded from Ethiopia in 1993 after a long war of independence, but the two went to war in 1998 over a border dispute. Although a peace deal was signed two years later, Ethiopia refused to implement it, saying it wanted more talks.

Reconciliation between Ethiopia and Eritrea could change politics and security in the volatile Horn of Africa region, which hundreds of thousands of young people have fled in search of safety and opportunities in Europe.

Ethiopia’s government spokesperson said Isaias and his delegation would visit an industrial park in the southern Ethiopian town of Hawassa later on Saturday. Isaias was also due to give a speech in Addis Ababa on Sunday.

Eritrea and Ethiopia have so far agreed to open embassies, develop ports and restart flights. Eritrea is due to reopen its embassy in Addis Ababa on Monday.

Abiy, who is also trying to bring stability to a country that has been torn by protests since 2015, survived a grenade attack last month.