Owning malnutrition as part of the public agenda

Owning malnutrition as part of the public agenda 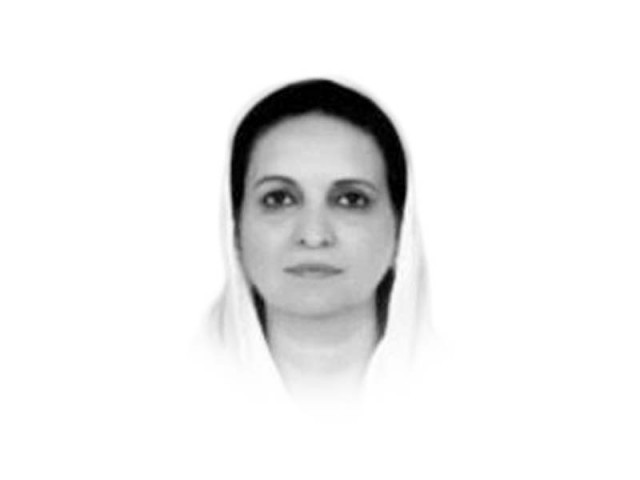 The writer is a former member of the Punjab Assembly

Malnutrition is a state that gives rise to nutrition-related diseases, which is on the global radar for quite some time now. The heightened effect of such an adversity calls for urgent action. Micro-nutrient Malnutrition (MNM) is a widespread disease in both industrialised and developing countries but is adversely affecting the latter according to the World Health Organisation (WHO). Underdeveloped countries like Pakistan have been hit the hardest and the crisis still prevails, threatening to reach dangerous proportions.

The National Nutrition Survey 2011 revealed an alarming picture of nutrition status of children as 44% children under five were stunted (low height for age), 32% are underweight (low weight for age) and 15% are acutely malnourished. Many nutrition indicators were found to have worsened since the previous survey.

It’s imperative to understand that a large-scale issue such as malnutrition demands attention on a macro level by various stakeholders, the government and various departments within the government (both federal and provincial), the food and health industry. Their combined efforts can provide a solution for the menace of malnutrition.

Nutritionists and health researchers have identified ‘fortification’ as the solution to this problem, arguing that fortification staples essential micronutrients into our everyday food items. We can start by fortifying staple products like wheat, ghee, salt and milk and then move on to coming up with special recipes that address particular malnutrition among most vulnerable groups, ie children under 5 and women.

The fortification of food can lead to relatively fast improvement in the status of micro-nutrients in a human body. Food fortification increases and supports current nutrition improvement programmes as well. This is by far the most cost-effective nutrition intervention, particularly when produced by medium- to large-scale industries. Targeted fortification (eg, nutrient-fortified complementary foods for children 6-60 months) is important for nutritionally vulnerable population subgroups such as infants, young children, women of reproductive age, and populations in emergency situations whose nutrient intake is insufficient through available diets. Targeted fortification is also effective in resource-poor settings where family foods lack animal sources that are typically necessary to meet the nutrient requirements of young children.

Pakistan has recently taken an initiative directly targeting the issue of malnutrition through the process of food fortification and has launched the “Food Fortification Program” funded by the UK’s Department of International Development (DFID) . The programme ensures the fortification of wheat flour, edible oil and ghee across Pakistan starting from Punjab. It aims to improve the production, access and consumption of wheat flour fortified with iron, folic acid, vitamin B12, and zinc, edible oil and ghee fortified with vitamins A and D.

Despite the intensive approach in the arena of fortification, these efforts are not well rounded in addressing malnutrition. The fortification of wheat, edible oil and ghee is definitely a step ahead but it fails to gauge all affected audience, especially children whose diet constitutes completely different daily food items.

Milk is the food item which is mostly consumed by children. It is fortified by adding Vitamins A and D in specific amounts. One of the most important benefits of fortified milk is that it allows Vitamin D to naturally improve the absorption rate of calcium that is present in the milk. Hence it’s of utmost importance that food industries which specialise in children’s food should gear up and take up the challenge of fortifying milk products or other food items widely consumed by this target audience.

Punjab is working the most in this regard with two organisations to improve the nutrient component of food through fortification. These two are the Punjab Food Authority (PFA) and the Global Alliance for Improved Nutrition, Pakistan (GAIN). Initiatives have been launched by the PFA to ensure fortification of milk and wheat. Licensing of the food companies is made mandatory and only those fulfilling the criteria are allowed access to a licence and to operate the business.

We can support this conclusion by looking at other countries across the map, which have mandated and tightly regulated policies related to food fortification. These policies have expanded food fortification options, particularly in the area of discretionary fortification and have actively helped in minimising the dire effects of the wrath of malnutrition.

After the devolution through 18th amendment in 2011, Pakistan’s provincial governments are responsible for developing their own province-focused nutrition policies, strategies and operational plans. These divergent policies have crippled the food & dairy industry making it impossible for the industry to comply with uniform standards. It is strongly recommended that all food-related laws be governed by the federal government so that province-wise discrepancies are eradicated.

However, to do all this, the politicians and policy-makers of the country need to acknowledge the urgent need to prioritise the issue. The first step towards this is making these issues part of election manifestoes. Countries like Turkey, Mexico, Chile, Thailand and Ethiopia have improved their malnutrition indicators through political will and commitment. Even the two major political parties in India have healthcare and nutrition in their manifestos.

Putting our commitment on paper is the first step towards creating awareness about the issue and pledging to address it. There are times when the public has certain demands (like employment, etc) that we cater to but the responsibility also rests with us to make the public aware of what they should demand of us. In the US, healthcare has ranked among the top three voters’ concerns. The same trend is observed in Europe. Basic human needs are the same globally so why should the basic demands be any different?