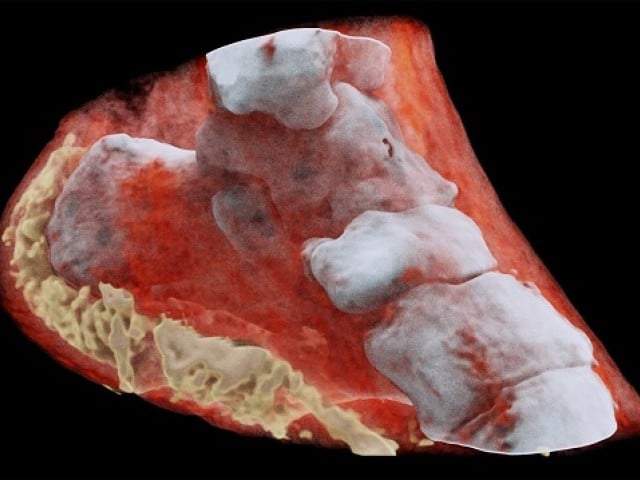 This handout picture released on July 12, 2018 by MARS Bioimaging Ltd shows a 3D image of left view of an ankle with bones in white and soft tissue in red. PHOTO: AFP

The new device, based on the traditional black-and-white X-ray, incorporates particle-tracking technology developed for CERN’s Large Hadron Collider, which in 2012 discovered the elusive Higgs Boson particle.

The CERN technology, dubbed Medipix, works like a camera detecting and counting individual sub-atomic particles as they collide with pixels while its shutter is open.

This allows for high-resolution, high-contrast pictures.

The machine’s “small pixels and accurate energy resolution meant that this new imaging tool is able to get images that no other imaging tool can achieve,” said developer Phil Butler of the University of Canterbury.

According to the CERN, the images very clearly show the difference between bone, muscle and cartilage, but also the position and size of cancerous tumours, for example. 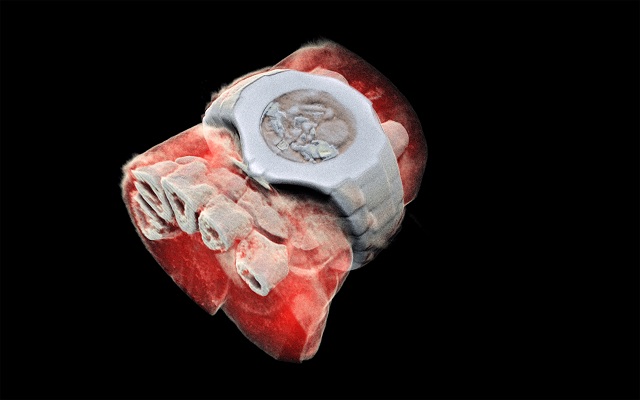 The technology is being commercialised by New Zealand company MARS Bioimaging, linked to the universities of Otago and Canterbury which helped develop it.