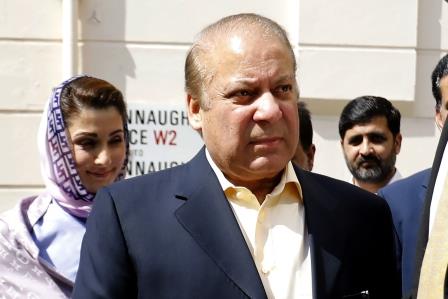 Judge Muhammad Bashir of the accountability court stated that after passing the judgment and framing charges on members of the Sharif family, he can not recuse himself from the case.

To transfer the case to another court, relevant high court authorities need to be approached, and if the case is to be transferred across provinces, then the Supreme Court needs to be consulted with.

As the hearing commenced, Khawaja Haris, Nawaz’s counsel, stated that Judge Bashir had already made public his opinion on the Joint Investigation Team’s report and on the Gulf Steel Mills.

Haris clarified that for the purpose of upholding justice, the transfer was requested as Judge Bashir’s opinions are now in the open. The judge remarked that he would include all of Haris’ objections in the order, to which the defence counsel requested an adjournment of the hearing till July 16 so that they may contact relevant higher authorities.

Nawaz’s counsel maintained that there are similarities in the references, and since Judge Bashir’s viewpoint on those points is already in the open, a request for a new judge was made. National Accountability Bureau’s (NAB) prosecutor was of the opinion that since Judge Bashir has heard all sides of the case, he should continue the hearings.

The hearing was then adjourned.