Says JIT also did not come across any docume­nt relati­ng to the ASCL on which Sharif had signed on behalf of the ASCL
By Rizwan Shehzad
Published: May 31, 2018
Tweet Email 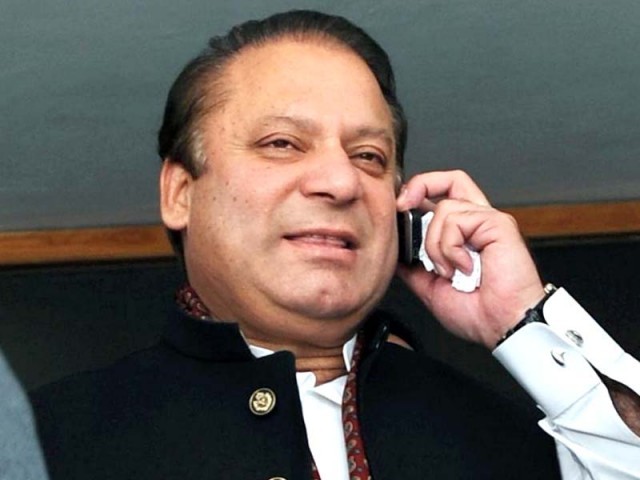 ISLAMABAD: The star witness in the Avenfield reference on Thursday admitted before an accountability court that there was no documentary evidence that deposed prime minister Nawaz Sharif was the owner, shareholder or director of the Al-Azizia Steel Company Ltd.

In addition, Joint Investigation Team (JIT) head Wajid Zia informed the court that the JIT did not come across any document that shows that Sharif was running the business and operations of the ASCL or he was the authorised signatory of ASCL for purpose of entering into any financial transaction on behalf of the company.

During cross examination in the National Accountability Bureau (NAB)’s reference regarding Al-Azizia & Hill Metal Establishment reference, Zia conceded that JIT did not come across any document showing that Shairf was authorized on behalf of ASCL to deal with banks or other financial institutions.

He admitted that the JIT also did not come across any document relating to the ASCL on which Sharif had signed on behalf of the ASCL or in any capacity.

He added that none of the persons, who appeared before the JIT, had stated directly that Sharif was one of the owners of the ASCL.

Zia, however, said that two of the witnesses — Shehbaz Sharif and Nawaz Sharif himself — have indicated indirectly the share-holding of Sharif in the ASCL.

Next, he admitted that it was correct that the Sharif brothers had stated before the JIT that the ASCL was set up by their father, Mian Muhammad Sharif, and he [Mian Sharif] had apportioned share holding of the ASCL in favour of Hussain Nawaz Sharif, Rabia Shehbaz Sharif and Abbas Sharif.

The witness said it is correct that Shehbaz Sharif stated before the JIT that his father, Mian Muhammad Sharif, had indicated that in case the ASCL was sold, the entire sale proceeds would go to Hussain Nawaz Sharif.

To Haris’ question, Zia said that the JIT did not come across any document that showed that Sharif had contributed towards setting up of the ASCL.

The JIT, he added, also did not come across any document or oral evidence that showed that any money for setting up of the ASCL went from Pakistan.

Haris drew Zia’s attention towards a specific question asked by the JIT from Sharif: “had he ever sent any money abroad to any of his family member?” “The answer was ‘no’,” he said.

Zia also admitted that the JIT also did not come across any document that showed Sharif’s involvement in the sale transaction of the ASCL.

Also, he admitted that there was no documentary or oral evidence to show that the sale proceeds of ASCL were either credited to any of the bank accounts of Sharif or otherwise delivered to him in cash.

During cross examination, it also emerged that the total amount received as gifts/remittances from Hussain Nawaz as per bank statement entries from the period July 5, 2010 to June 30, 2011 was $1,150,456 and the said amount remained the same till October 18, 2012.

Zia said that it was correct that the total inflow of foreign remittance/gifts for the period 2009-10 to 2015-16 was shown to be more than the inflow as reflected by the bank statement for the same period.

Subsequently, he admitted that one possibility for the anomaly or discrepancy as noted by the JIT in its report was the difference in the exchange rate that was applied while converting the entries in the bank statement to the rupee, and the date when they were so applied as compared to the rate of conversion applied in the declaration made in the wealth reconciliation statement on the date on which the declaration was so made.