District South: a remnant of the British Raj's Kurrachee

District South: a remnant of the British Raj's Kurrachee 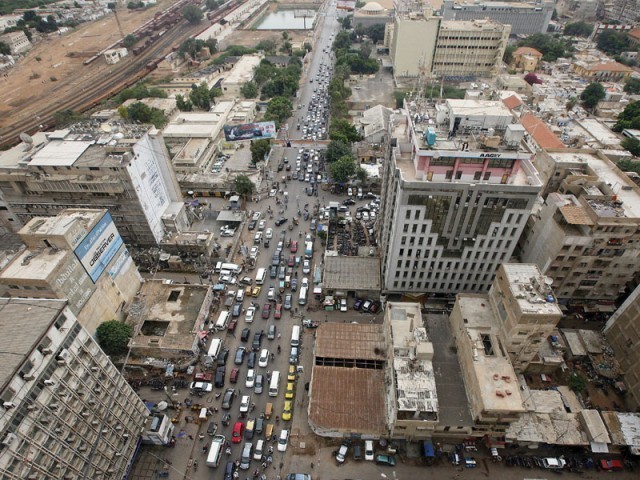 KARACHI: Home to Karachi’s oldest neighbourhood, Lyari, as well as its most affluent, the Defence Housing Authority, District South is inhabited by a potpourri of ethnicities, social classes and faiths.

The district is arguably the most important in terms of trade and financial institutions, with the “Wall Street” of Pakistan, II Chundrigar Road falling within its jurisdiction. Most head offices of major banks are located on this thoroughfare, besides their regulator, the State Bank of Pakistan. A little up the road lies the Pakistan Stock Exchange building, where stocks worth millions are traded every day. Further up, the road ends up at the Karachi Port – one of the most important shipping wharves in South Asia.

District South is also home to Wazir Mansion, the birthplace of the Quaid-e-Azam Muhammad Ali Jinnah. The country’s legendary philanthropist, Abdul Sattar Edhi, also ran his operations from a small office located in the district. Besides, most government institutions, such as the Chief Minister House, Sindh Assembly, Governor House and the Sindh Secretariat Building are located in District South.

In terms of infrastructure, District South truly represents the spirit of Karachi, with heritage British-era buildings standing out among modern architecture, which in turn fight for space with a chaotic concrete jungle. Take Lyari, Kharadar, for example, where the congested lanes, strewn with garbage, are overshadowed by haphazard constructions housing thousands of citizens. On the flip side, DHA, Lalazar and Clifton, where property prices are sky high, fare much better in terms of provision of civic amenities and infrastructure.

Lyari is one of the most important areas for the Pakistan Peoples Party, where its co-chairperson Bilawal Bhutto Zardari is contesting his maiden elections. The neighbourhood has, however, seen more than its fair share of violence during the last ten years of the PPP’s provincial government. Many have accused the PPP of patronising Lyari’s infamous gangs for street power. Although the situation has considerably improved since the Karachi Operation, residents are still wary of the gangs’ resurgence. 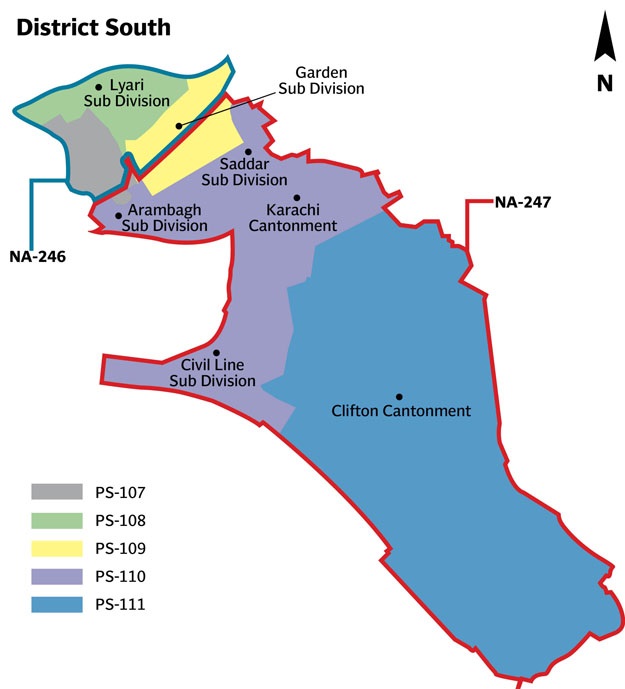 Besides, Lyari has produced several sportsmen, including footballers and boxers, who have represented Pakistan in international competitions. Unfortunately, lack of government support, dearth of resources and rising unemployment have laid waste to plenty of promising talent from the area.

While the PPP has retained its political prowess in Lyari over the past three decades, other constituencies in the district have been claimed by candidates of the Jamiat Ulema-e-Pakistan, Muttahida Qaumi Movement-Pakistan, Muttahida Majlis-e-Amal and the Pakistan Tehreek-e-Insaf.

Support for the PPP has not completely waned over the years, but this time, Lyari’s residents could well deliver a shocker. Recently, the convoy of Bilawal Zardari was attacked by protesters, incensed at the callous attitude of the ruling party for the past decade. Major issues plaguing the area include shortage of potable water, dilapidated infrastructure, power load shedding and illegal constructions.

With a total population of 1,791,751, the district has 1,080,652 registered voters. The district is home to residents from across the country, who speak a range of languages, including Balochi, Sindhi, Gujrati, Memoni, Pashto, Hindko, Punjabi and Urdu. For the 2018 general elections, 484 polling stations and 1,936 polling booths will be set up by the election commission.