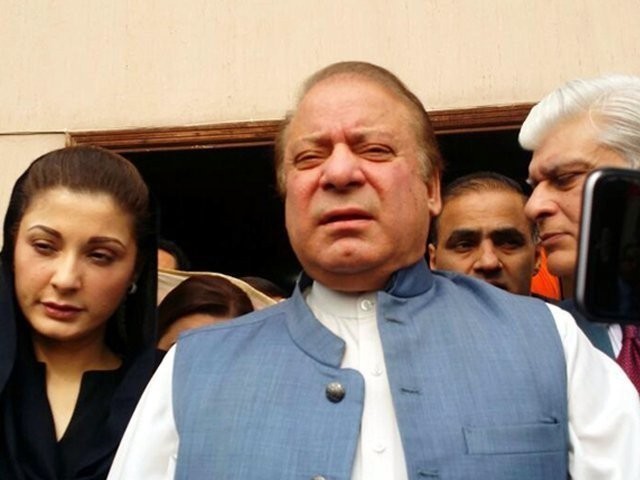 ISLAMABAD: In a clear shift from the previous approach, the top court has granted an accountability court six more weeks to conclude the proceedings in two references against the Sharif family.

The order came in response to accountability court judge Muhammad Bashir’s request, seeking four weeks to wrap up the proceedings.

The two-judge bench, headed by Chief Justice of Pakistan Mian Saqib Nisar on Tuesday took up the accountability court’s plea seeking an extension of four weeks to conclude trial against the Sharif family.

On May 9, counsel for Sharif Khawaja Haris requested the top court to grant three months’ time to conclude the trial but the court had rejected his plea by granting one month.

Later, the bench again gave one month to complete the proceedings. Interestingly, Haris submitted an application to withdraw from the case, when the judge gave his intention to hear the matter on weekend. He was of the view that justice rush is justice crushed.

Now when the court has already announced judgment in the Avenfield reference, wherein Sharif, his daughter and son-in-law have been convicted, the bench has shifted its approach to grant six weeks to conclude the proceedings in other two references. Even the judge sought four weeks in this regard.

PML-N lawyers have been alleging that the motive to give a short extension was to get Sharif’s conviction before the general elections.

During the hearing, Haris stated that the matter has already raised before the accountability court judge that he cannot hear other two references as he already applied his mind in the Avenfield reference case whose order was announced on Friday.

The bench, however, did not get convinced with his arguments by saying that it will be difficult for the new judge to hear the case at this stage.

Justice Ijazul Ahsan remarked that it’s a totally different transaction. “We do not find that case will be prejudiced by the same judge,” says the CJP.

“This is unfair on the part of the Supreme Court,” Haris replied.

Upon this, the CJP said, “Those who are attributing ‘unfair manner’ to the Supreme Court are not serving the country.”

Later, the bench in its order said the Sharif family can move an application before the same judge to transfer the case.

Earlier, NAB Additional Prosecutor General Akbar Tarar stated that the statement of only two witnesses are still to be recorded.

Likewise, he stated that the supplementary reference has been submitted in the third matter, wherein former finance minister Ishaq Dar is accused.