Produc­ers talk upcomi­ng season, their aspira­tions and what fans can expect from it
By Rahul Aijaz
Published: July 8, 2018
Tweet Email 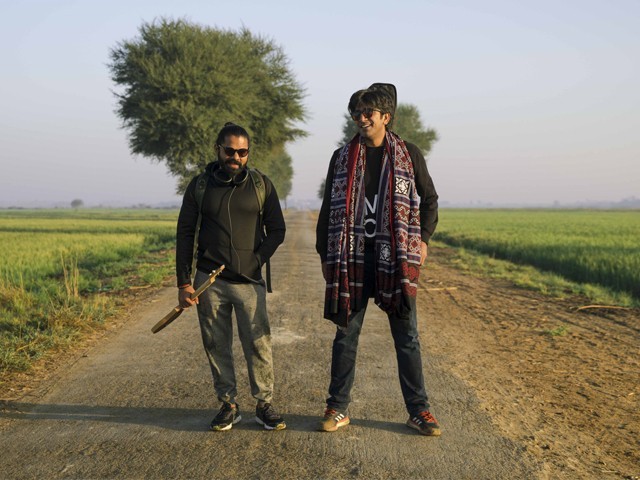 KARACHI: Over the last decade, Coke Studio has established itself as the biggest music platform in Pakistan. And on that journey, it has undergone several phases.

For instance, the names have changed. From producer Rohail Hayat to Strings, the show transformed completely. And in about a month’s time, it will change again as the 11th season begins, marking the first for Zohaib Kazi and Noori’s Ali Hamza.

The Express Tribune spoke with the two musicians about their aspirations for the new season and how they have deviated from the usual formula to make it unique. Hamza agreed that this year is a turning point for the show. “Coke Studio is the sound of the nation so we have to represent and encompass all of Pakistan and its spirit. It’s the 11th year – a turning point and we are very conscious of that. We had to think of setting the tone for the next 10 years,” he said. 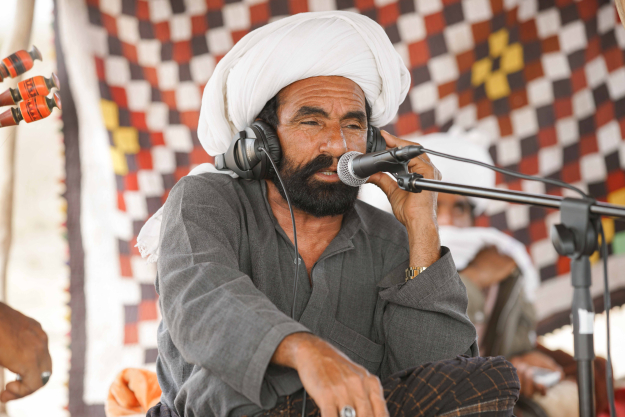 Hamza and Kazi are taking a different direction than their predecessors, exploring Pakistan and offering a bigger variety of music. Their ideology seems to be to focus on human stories through the songs and embrace the diversity of different communities. “This year is all about intuition. There is a formula shows follow but we mainly wanted to focus on beautiful acts which stay with you. Why we are so excited is because we realised that if we didn’t want to get bored of it, we needed to keep changing,” shared Kazi. “One thing we thought was that there should be a completion of stories. Not just our story, but people’s stories. More than anything, people are important. So this season, we will be highlighting a lot of human stories.”

The upcoming season focuses on celebrating women and the transgender community as well. “We are not empowering women in this season anymore. Women are already empowered,” stated Hamza. “Now it’s time to acknowledge, recognise and celebrate them.” 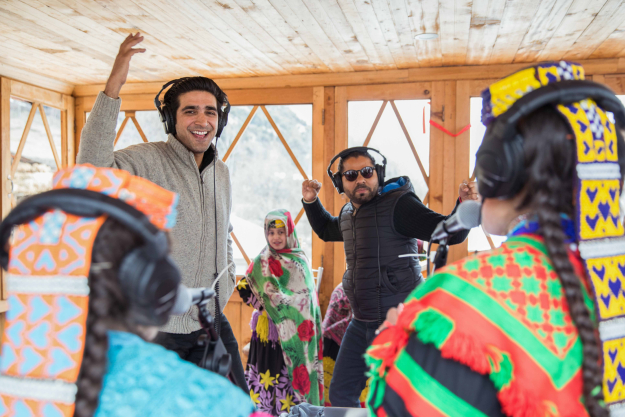 Kazi added, “With the transgenders, we wanted to focus on their stories, rather than force stereotypes. One of the singers was a 50-year-old who, as we later came to know, had been raised by dholak player Babar Khanna. Their stories are also important and we wanted to celebrate them and make them smile.”

Although the producers wouldn’t reveal any names, it’s safe to assume Coke Studio 11 will highlight new artists, rather than completely banking on well-known ones. “We have artists from different backgrounds, with totally different styles,” said the Noori co-founder. “There is so much diversity in our artists and our audience, and we need to keep that in mind. We need to explore those spaces with our best intentions.” 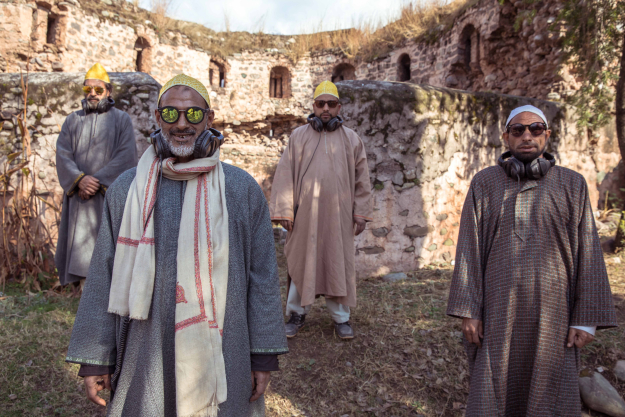 The new season will also incorporate a variety of genres and languages from all demographics. According to Kazi, every province has an in-depth representation this time around. The duo did, however, confirm two acts which will fans will get to see: Lyari Underground and The Sketches.

But perhaps the most exciting new feature is Coke Studio Explorer. “We are going out into the open,” shared Hamza. “We are going to places and recording artists on location to give an authentic representation of their space and culture.” 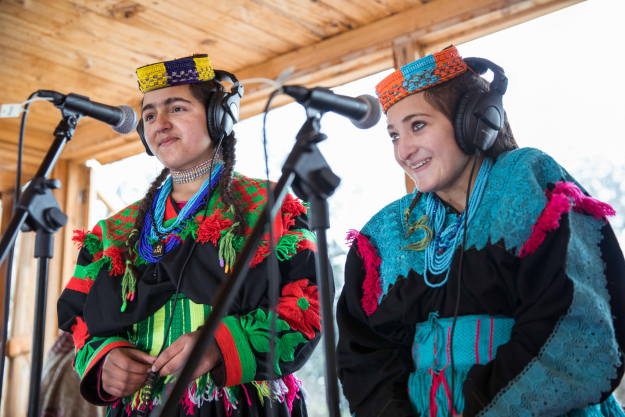 Coke Studio Explorer presents five acts before the season commences in August. “These include artists from all over Pakistan, whose stories we have been developing through Explorer before the season,” revealed Kazi. “One act comprises Shamu Bai and Vishnu from Sindh. Another is Mishal Khawaja – a singer we found on Instagram. She is from Canada but born in Pakistan so it’s an urban act.”

The third act is from Kalash valley, which Explorer has already released. The video takes us through the mountains of Chitral, where two teenage girls croon a track called Pareek. “Ariana and Amrina have a very eclectic style. The girls have their own aspirations and dreams,” said the Noori guitarist. “I mean one of them changed her birth name Farsi Gul to Ariana because she loves Ariana Grande. Imagine a girl coming from an indigenous culture relating to Ariana Grande. It’s amazing!” 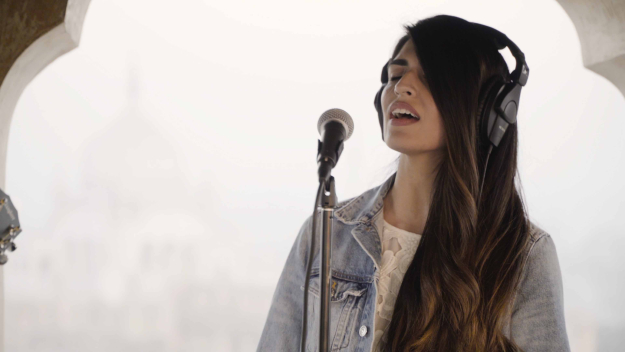 Another upcoming act is from Balochistan and involves the rare singing style of ‘Nar sur’ –similar to throat singing from Mongolia. The fifth is from Muzaffarabad, Kashmir. “Pakistanis consider Kashmir their own and are aggressive about the Kashmir issue, but haven’t really heard the Kashmiri language,” Hamza continued. “We don’t know what Kashmiri folk sounds like. So here we have explored that, without having any ulterior political agenda. We just wanted to recognise the region and its people for what they are.”

The choice to step out of the studio opens more doors for Coke Studio. It is a breath of fresh air, which was more than needed. Hamza added, “When we go there, we are not just capturing their sound, but also space, culture, human interaction and aspirations.” 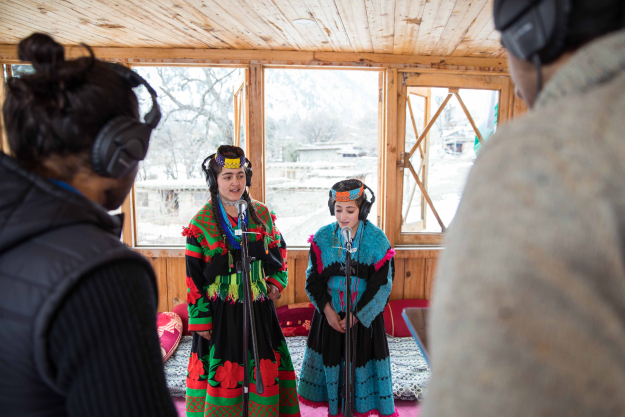 The new artists introduced through Coke Studio Explorer will go on to complete their journeys in the upcoming season. With all of this happening and more, it seems like Hamza and Kazi are hell bent on shaping a new image for the show, after heavy criticism of the previous few seasons. “People are critical of Coke Studio because they have a connection with it,” explained Hamza. “They feel it and we appreciate that. Therefore, we have approached Coke Studio as fans first, and then, its producers.”

Asked if the intention was to actively dissociate from the previous seasons and take a new direction, Hamza disagreed. “There is a lot to learn from them,” he said. “We believe in evolution and it’s necessary to let it happen organically, rather than leave things behind and start anew. Our focus is to evolve Coke Studio, not revolutionise it.” 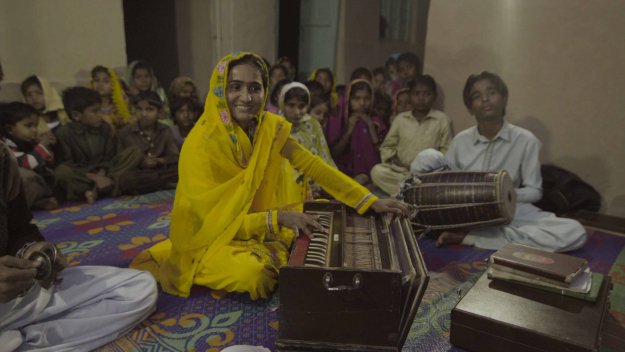 The dynamic duo wants to improve the overall audiovisual experience of Coke Studio, rather than just the sound. They say it’s a misperception that they are only responsible for the latter. “We have brought the performers closer to each other so they can interact and communicate more effectively, which helps in the performance. We are experimenting with the instrumentation as well,” Kazi shared. “Camerawork is different. We have tried to make the experience more immersive. Today, when Netflix and YouTube dominate, storytelling is happening everywhere so it was important for us to have that bridge between audio and video and treat it as one.” 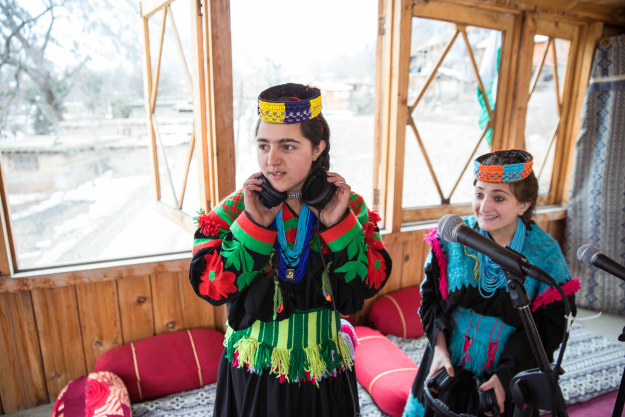 He ended by saying, “This season, we are paying tribute to the white part of the Pakistani flag. We have changed our format a bit for that, to focus on human stories that aren’t told often. It’s going to be a tribute to our people.”