Water sustai­nabili­ty asks for more. It asks for coming up with ways to give back what we take
By Hammad Asif
Published: July 8, 2018
Tweet Email 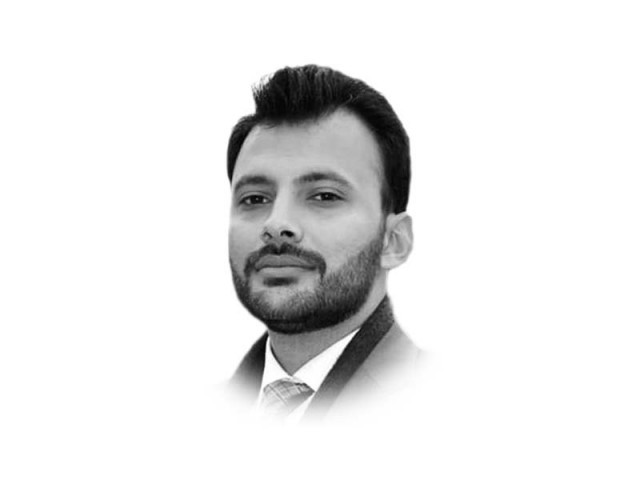 In a simple world of two farmers, one who lived by a pond and the other who lived by a stream, the conflict was not of intents but simple gains necessitated by survival. The one at the pond simply wished it to be full and never dry. But the truth was that slowing down the streams to his choosing also affected the one living down the stream. A public resource that they neither created nor owned but wanted it more than anything else became the reason of their conflict.

Water is our national crisis. Believe it or not, it is above everything else. Above all the judgments, headlines, national elections and media drama, we prefer our showers and keeping ourselves hydrated. But the general neglect we show towards public resources is a proof that we can live on purposely blinding the risk. For example, the current gas situation would have been more bearable had there been a policy check on promoting a cheaper fuel. In the last two decades we nation as a whole have moved from running our cars on a fuel that offered twice the mileage to buying electric stoves because sometimes there is just no gas. Just think of a time when our taps will dry up.

The impact of a crisis on the general public always varies. If your house is on a higher ground it is highly unlikely that it fills up with water when the skies pour down heavily. But the reality for your neighbour down the lane might be different. It is for technical people to understand what really goes on with water beneath the surface. But it is for all of us to realise that it is drying up. For some it is already real. There are needy filling up water containers at charitable free water sources all over our cities. Ordering a water tanker for daily consumption has become a major living cost in the middle-income households.

Understanding that the problem is real and there will be dire consequences if we fail, we move forward. Water governance in Pakistan needs an overhaul. The rules that are currently in place and the government bodies managing ground water utilisation are not assessing the problem fairly. Water sustainability is ineptly considered a resource problem and countless reasons are presented for the absence of major water reservoirs. Easy way of saying case closed.

Sustainability is a concept opposite to consumption. We cannot think of water as a cheap resource when and where it is abundant and look the other way for its lavish commercial and personal uses. To take an example car wash is a money-minting operation today. Fifty years from now we might think of it as the worst idea ever.

Water-scarce countries monitor and regulate daily water consumption of both domestic and non-domestic sectors. Our state agencies are way below par in collecting real time data that can give us a realistic evaluation. Unregistered operations also make it difficult to accurately characterise water usage. Upgrade at all levels is needed to identify consumers and prioritise access based on future needs.

Water sustainability asks for more. It asks for coming up with ways to give back what we take. The housing sector threatens groundwater level in urban areas because it is not only a major water consumer but it also replaces natural recharge mechanisms. By laying out a web of metalled roads and concrete structures we are relentlessly depriving the land of such essential elements of the eco system. The policies mandating development of housing societies must require developers to take into account their impact on ground water levels. Today for any development to be water sustainable, it must address responsible consumption, waste water treatment, rainwater collection and groundwater recharging.