Legal expert­s predic­t that if convic­ted do not return in the next ten days, obtain­ing relief will be diffic­ult
By Our Correspondent
Published: July 7, 2018
Tweet Email 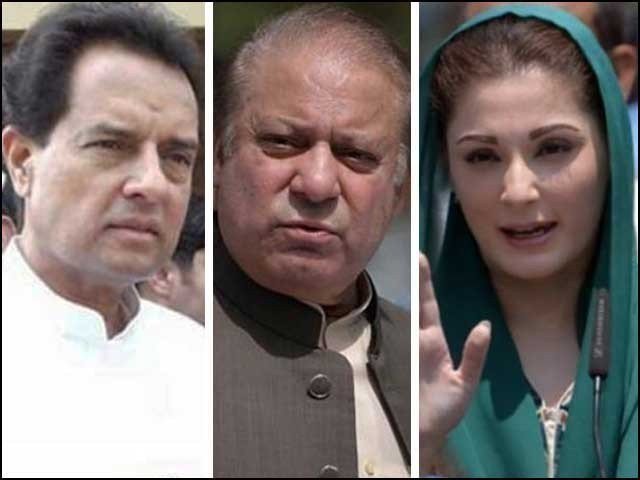 According to Express News, members of the Sharif family decided to appeal against the verdict through Nawaz’s lawyer Khawaja Haris. Haris is preparing the appeals in accordance with the judgment passed. Nawaz, Maryam and Safdar have already signed the appeals.

Legal experts predict that if the convicted do not return in the next ten days, obtaining relief will be difficult.

Yesterday, in a verdict which will echo across the political landscape of Pakistan for decades, the accountability court hearing the Avenfield reference sentenced deposed prime minister Nawaz to 10-years imprisonment and daughter Maryam to seven years.

The former prime minister’s son-in-law, Safdar, was also sentenced to a year in prison. Nawaz was further fined eight million pound sterling and Maryam was slapped with a two million pound fine. The court also ordered their properties to be forfeited in favour of the federal government. Maryam’s sentence includes a year in prison due to her involvement in the Calibri font scandal.

Nawaz was convicted under Section 9(a)(5) of the NAB ordinance, while Maryam violated Section 9(a)(12). The Avenfield properties will be confiscated as per the orders of the court. An extra year’s imprisonment under Serial number two of Scheduled offences under NAB’s law was given to the duo.