US and China trade conflict escalates as tariffs strike

US and China trade conflict escalates as tariffs strike

China’s commer­ce minist­ry says that it was forced to retali­ate
By Reuters
Published: July 6, 2018
Tweet Email 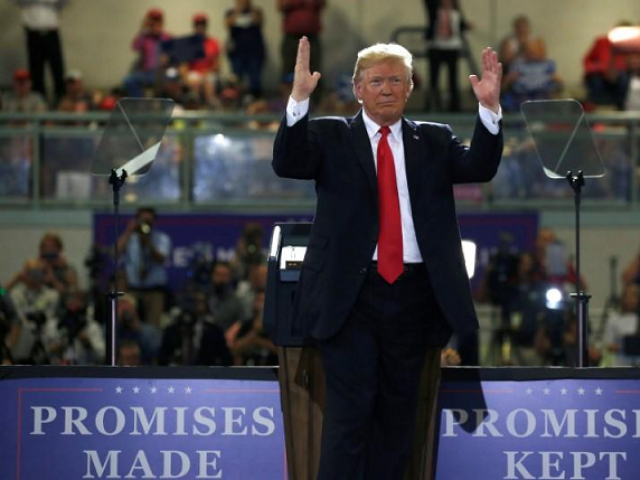 BEIJING/WASHINGTON: US tariffs on $34 billion in Chinese imports took effect as a deadline passed on Friday, with Beijing saying it had no choice but to respond in kind, as the two trading giants escalated a bitter row.

Hours before Washington’s deadline for the tariffs to take effect, US President Donald Trump upped the ante, warning that the United States may ultimately target over $500 billion worth of Chinese goods, or roughly the total amount of US imports from China last year.

China’s commerce ministry, in a statement shortly after the US deadline passed at 0401 GMT on Friday, said that it was forced to retaliate, meaning $34 billion worth of imported US goods including autos and agricultural products also faced 25 percent tariffs.

“China promised to not fire the first shot, but to defend national core interests and the interests of the people it has no choice but to strike back as necessary,” the Commerce Ministry said in a statement.

Some Chinese ports had delayed clearing goods from the United States, four sources said on Friday. There did not appear to be any direct instructions to hold up cargoes, but some customs departments were waiting for received official guidance on imposing added tariffs, the sources said.

Ford Motor Co said on Thursday that for now, it will not hike prices of imported Ford and higher-margin luxury Lincoln models in China.

China’s commerce ministry called the US actions “a violation of world trade rules” and said that it had “initiated the largest-scale trade war in economic history.”

Chinese shares, which have been battered in the run-up to the tariff deadline, reversed earlier losses to close higher, but the yuan remained weaker against the dollar. Asian equities wobbled but also managed to end up.

“We can probably say that the trade war has officially started,” said Chen Feixiang, professor of applied economics at Shanghai Jiaotong University’s Antai Colege of Economics and Management.

“If this ends at $34 billion, it will have a marginal effect on both economies, but if it escalates to $500 billion like Trump said then it’s going to have a big impact for both countries,” Chen said.

Trump has railed against Beijing for intellectual property theft and barriers to entry for US businesses and a $375 billion US trade deficit with China.

Throughout the escalating conflict, China has sought to take the high road, positioning itself as a champion of free trade, but state media ramped-up criticism of Trump on Friday.

“In effect, the Trump administration is behaving like a gang of hoodlums with its shakedown of other countries, particularly China,” the state-run China Daily newspaper said in an English language editorial on Friday.

“Its unruliness looks set to have a profoundly damaging impact on the global economic landscape in the coming decades, unless countries stand together to oppose it.”

While the initial volley of tariffs was not expected to have major immediate economic impact, the fear is that a prolonged battle would disrupt makers and importers of affected goods in a blow to global trade, investment and growth.

“For companies with supply exposure to tariffs, they will move sourcing country of origin if they can; if they can’t, they’ll pass on as much of the tariff cost as they can, or see a cut in margins,” said Jacob Parker, vice president of China operations at the US-China Business Council in Beijing.

“Companies don’t know how big this may get, or how it will end.”

A China central bank adviser said the planned US import tariffs on $50 billion worth of Chinese goods – $34 billion plus a planned follow-on list worth $16 billion – will cut China’s economic growth by 0.2 percentage points, although the overall impact would be limited, the official Xinhua news agency reported Friday.

The dispute has roiled financial markets including stocks, currencies and the global trade of commodities from soybeans to coal in recent weeks.

“This is not economic Armageddon. We will not have to hunt our food with pointy sticks. But it is applying the brakes to a global economy that has less durable momentum than appears to be the case,” Rob Carnell, chief economist at ING, said in a note.

US Customs and Border Protection officials were due to collect 25 percent duties on a range of products including motor vehicles, computer disk drives, parts of pumps, valves and printers and many other industrial components.

The list avoids direct tariffs on consumer goods such as cellphones and footwear. But some products, including thermostats, are lumped into intermediate and capital goods categories.

US ‘opening fire’ on world with tariff threats, says China

Chinese Commerce Ministry spokesman Gao Feng said on Thursday that the proposed US tariffs would hit many American and foreign companies operating in China and disrupt their supplies of components and assembly work.

Foreign companies accounted for $20 billion, or 59 percent, of the $34 billion of exports from China that would be subject to new US tariffs, with US firms accounting for a significant part of that 59 percent, Gao said.

China’s tariffs on hundreds of US goods include top exports such as soybeans, sorghum and cotton, threatening US farmers in states that backed Trump in the 2016 US election, such as Texas and Iowa.