Kabul picks itself up from decades of war, but what next?

Kabul picks itself up from decades of war, but what next?

'If the Taliba­n come back, it will be with a new govern­ment, not like before'
By Reuters
Published: July 5, 2018
Tweet Email 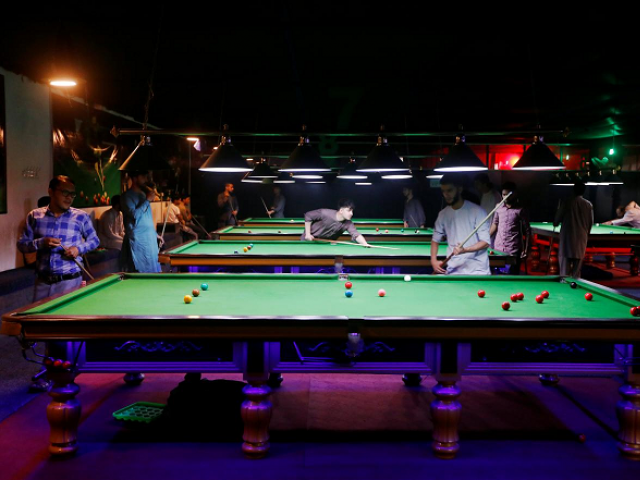 KABUL: The aging Ariana Afghan Airlines Boeing 727 took off from Islamabad with about 10 passengers, myself included, huddled near the exits, bound for war-torn Kabul months after the 2001 fall of the Taliban.

The Afghan capital had been consigned to rubble by rocket-propelled grenades and artillery fire, first in fighting between mujahideen warriors and the Soviets after their invasion in 1979, and then between different mujahideen factions.

The airport was fringed with burnt out fighter planes and scores of people, a skewer in each hand, scouring the tarmac for landmines. Someone put a ladder up against the fuselage, opened a flap, poured in some liquid and threw the empty can over his shoulder.
Fast forward 16 years, or four World Cups.

I fly in from Dubai, sipping red wine as we descend into Kabul, once famous for its sprawling palaces and scented gardens, where security has deteriorated in recent months but where many of the scars of decades of war have disappeared.

Shining blocks of flats in the west of the city have replaced the debris, behind lines of stalls and shops selling fresh vegetables, smart phones, fashion and kitchenware and the all-important building materials. 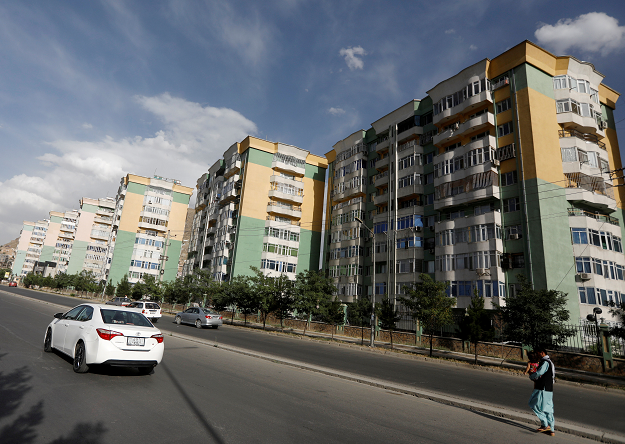 Newly residential apartments are seen at the west part of Kabul.
PHOTO: REUTERS

The memory of women bowed by the all-enveloping burqa, enforced under Taliban rule, trudging past destroyed homes has also been wiped clean amid talk of possible further Taliban ceasefires, upcoming elections, the national cricket team’s first “test” match against India – and the World Cup.

“The city has been transformed,” said Omaid Sharifi, co-founder of ArtLords, a grassroots movement promoting Afghan culture, a play on words on ‘warlords’.”On the street, boys and girls are walking together. The community is more tolerant and outgoing. There is art, culture and music. People are contributing. People are being more kind.”

‘DARKEST PERIOD’
Four women, their made-up faces free of veils, giggle as their car takes on the hectic traffic of workaday Kabul. A top-of-the-range tailor shows off his ware in a long, air-conditioned shop that would not be out of place in Paris.

“Business is good now and getting better,” the tailor said. “My quality is number one. European standards. I am happy.”

Cafes have popped up down lanes where musicians and artists, who thrived in the pre-Soviet invasion days, have returned. But this part of the city is also home to many fair-skinned Hazaras, an Afghan minority often targeted by militants. 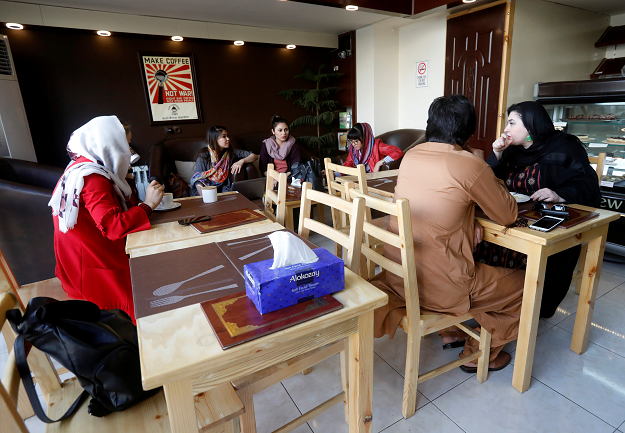 Afghan youth have coffee at a coffee shop in Kabul. PHOTO: REUTERS

The Taliban took control in 1996, imposing strict Islamic law, and the city has suffered wave after wave of bomb attacks since their ouster in 2001. The diplomatic center of Kabul remains a grim array of concrete channels, lined by reinforced concrete walls, barbed wire and security posts.

“That was the darkest period,” said Sharifi, of the years of Taliban rule. “You couldn’t even listen to music.”

He remembers being taken to see football matches by his father. Twice, the games were preceded by executions.

“My father tried to protect me and close my eyes. But a kid’s curiosity – I could see with one eye. A bunch of guys turned up in three cars and killed the men. Like sheep.”

So what next for the fast-growing capital, sitting between the khaki mountains of the Hindu Kush? An unprecedented three-day ceasefire by the Taliban over last month’s Eid festive period brought them roaming into the capital for hugs and selfies and raised hopes for many of a longer peace. 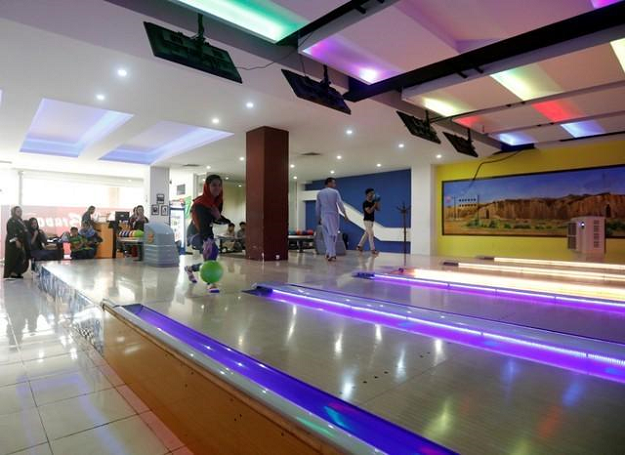 “You can’t ignore the Taliban,” Sharifi said. “But there are red lines. If they come back and join the political process, we will be there with our art. People can’t just keep killing.”

“If the Taliban come back, it will be with a new government, not like before,” he said. “We will have a good future if there is no fighting.”