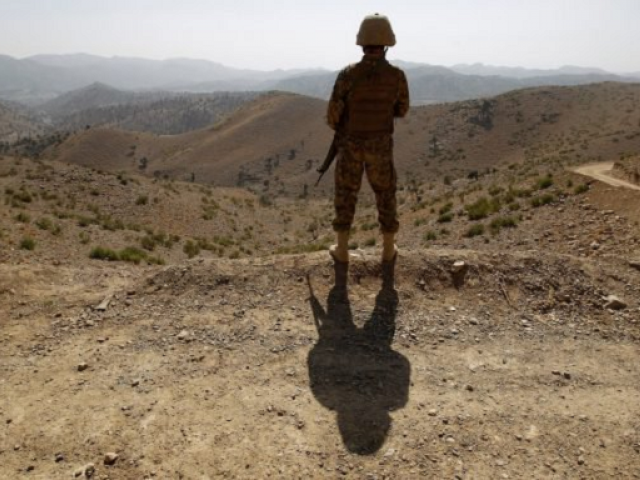 The two neighbours have now developed a mechanism to address each other’s concerns, and more importantly to find a common ground on the Afghan endgame. PHOTO: REUTERS

ISLAMABAD: Pakistan and China have played a key role in brokering the ceasefire deal between the Afghan government and the Taliban on Eid, officials familiar with the development disclosed on Sunday

On Saturday, the Afghan Taliban announced a three-day ceasefire over Eidul Fitr, the first such truce by insurgents since the US-led invasion of Afghanistan in 2001.

The move came on the heels of Afghan President Ashraf Ghani’s statement, announcing unconditional ceasefire with the Taliban till the 20th of this month.

Pakistani officials; however, told The Express Tribune that the ceasefire between the Afghan government and insurgents were being discussed quietly for past several weeks.

Kabul has been pushing for a ceasefire with the Taliban as a starting point for the resumption of crucial Afghan reconciliation process.

The Taliban, according to the officials, agreed to the proposal only if China and Pakistan become ‘guarantors.’

All the officials, who spoke on condition of anonymity, said while Pakistan played the role of a facilitator, it was China that acted as mediator between the Afghan government and the Taliban.

However, the role of Pakistan and China was not discussed publically by all sides as part of an understanding that the process has to be Afghan-led and Afghan-owned.

19 Afghan police killed in Taliban attack on base

“Therefore, all crucial announcements regarding the reconciliation process will have to come from Kabul,” officials added.

In the next step, the Afghan government may release some Taliban prisoners as part of confidence-building measures in order to discuss more pressing issues such as the Afghan endgame.

The ceasefire is the first major step towards peace process since President Ghani offered unconditional talks to the Taliban in February.

He went on to say that Kabul was ready to recognise the Taliban as a legitimate political group and even showed willingness to amend the country’s constitution to accommodate insurgents’ demands.

Pakistan hailed the Ghani’s offer as it was always against attaching preconditions to the reconciliation process.

Since then, Pakistan and China believed to have quietly pushed the Afghan Taliban to accept the offer.

Representatives of the Afghan government and the Taliban are thought to have held secret talks in the presence of officials of some foreign countries.

The ceasefire deal was the result of those contacts.

The progress in the secret talks was the main reason behind the recent thaw in otherwise troubled ties between Pakistan and Afghanistan.

After months of tensions and blame game, the two neighbours have now developed a mechanism to address each other’s concerns, and more importantly to find a common ground on the Afghan endgame.

That was the first high-level visit from Afghanistan in the last couple of years and also it was rare that all key Afghan officials travelled together to Islamabad.

The flurry of exchanges suggested that the two sides have managed to bridge their gap on some of the issues.

One official pointed out that the Afghan side was ‘happy and satisfied’ with Pakistan’s ‘sincere efforts’ to push for peace talks in Afghanistan.

Even the United States has now acknowledged Pakistan’s critical role. The recent telephonic conversation between US Secretary of State Mike Pompeo and Army Chief General Qamar Javed Bajwa was part of the ongoing efforts by all stakeholders to seek meaningful Afghan peace talks.

Although the Pakistani side was tightlipped, the State Department said the secretary of state and the army chief discussed the need for Afghan political reconciliation.

Despite positive movement, officials cautioned against undue expectations, insisting the road to peace in Afghanistan would be bumpy and unpredictable.

It was not the first time that Pakistan and China brokered a deal between the Afghan government and the Taliban.

In 2015, the Afghan government and the Taliban held first-ever direct talks in Murree. Representatives of China, Pakistan and the US also attended the landmark parleys.

However, the process could not move forward after the news of the death of the Taliban supreme leader Mullah Omar was leaked to the media.

The nascent talks were dealt a fatal blow when his successor Mullah Mansur was killed in a US drone strike in Balochistan a few months later.