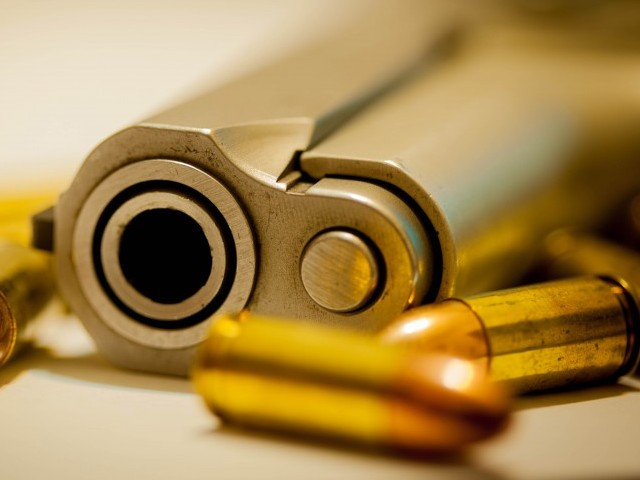 LAHORE: Police ‘coerced’ the daughter of a martyred police officer to change her written complaint before proceeding with the registration of an FIR.

Rubina Anwar, working as a manager with Pakistan International Airlines, along with her daughter Suman Anwar and son Ahmad Anwar, was driving to an examination centre in Johar Town to drop off her daughter for her LLB exams when her car was intercepted by two men riding a motorcycle. She said her son saw the men tailing them from her residence in Johar Town. She also claimed that when her son told her that she was being chased by two men, she tried to speed away. Rubina said the suspects rammed their motorcycle into her car in order to stop her. They starting abusing and threatened to kill her. Within minutes a large crowd gathered which forced the men to leave.

Rubina also claimed that the incident which occurred on May 15 terrified her family travelling in the car and her daughter who started vomiting and got sick immediately and ended up missing her exams.

They were puzzled as to why the entire episode occurred and why the men were chasing her. She said three days later, she saw the same men standing outside her house on May 18. She filed an application with Johar Town police station for registration of an FIR on May 30. Her application remained with police for almost a month but FIR was not lodged. She personally appeared before Johar Town SP Operations to get her FIR registered and finally the FIR was registered but not without conditions. Rubina claimed that police ‘coerced’ her to change her statement thrice before proceeding with the registration of an FIR.

She said police got removed all the details regarding the description of the two men. Rubina’s father, an additional SHO at Gulberg, was martyred during an encounter in the early 90s. She said the treatment meted out to her was really appalling and her FIR was lodged on June 28 almost a month after the incident occurred and that too after getting the facts distorted.

Johar Town SHO Rai Nasir told The Express Tribune that police was investigating the incident with the help of footage retrieved from a nearby CCTV camera to trace the accused. He said the application had to be modified to exclude the sectarian element in it.

Last day to apply for BS in engineering