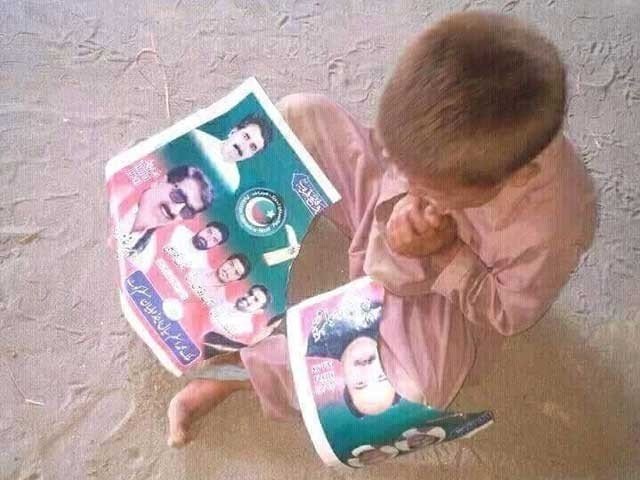 The accused identified as Pervez Khan and Ameer Khan tied the young boy with ropes to a pole and thrashed him.

Pictures of the young boy tied helplessly went viral on social media. The suspects are said to be connected with the PTI.

Earlier today, Election Commission of Pakistan (ECP) asked the PTI candidate for Gujranwala NA-80 constituency Nasir Cheema to explain as to why his election posters installed near Chiniot carried pictures of the army chief and the chief justice. The candidate claimed that the posters had been put up before the release of the election schedule.

Unsatisfied at Cheema’s response, the ECP sought a written response from the candidate to explain why he shouldn’t be declared ineligible to contest the upcoming general elections. The hearing was later adjourned till July 9.