30% candidates for NA seats are not registered taxpayers: FAFEN

30% candidates for NA seats are not registered taxpayers: FAFEN 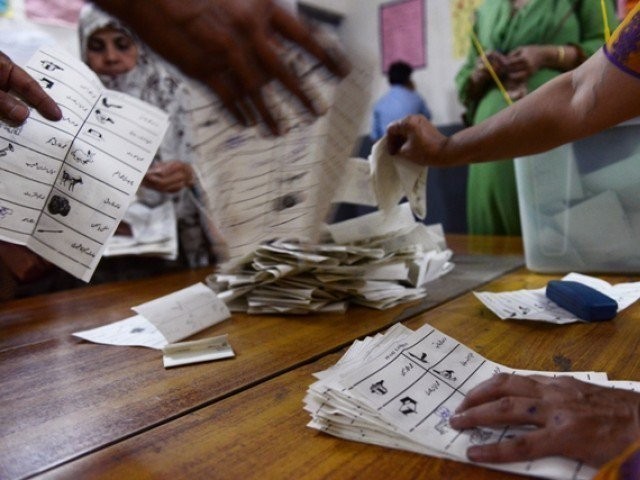 According to FIA, 88 candidates are dual national. PHOTO: AFP/FILE

ISLAMABAD: Free and Fair Election Network (FAFEN) on Sunday released a report, which suggests nearly 30 per cent candidates for National Assembly are not registered as taxpayers with the Federal Board of Revenue (FBR).

Moreover, 115 candidates for 105 general seats, eight for women reserved seats and one for minority reserved seat acquired bank loans, which are either overdue or have been written off.

The commission has also publicly displayed the records of assets and liabilities and affidavits submitted by the nominated candidates on its website. NAB reported corruption cases against ten candidates. As many as five of them have been convicted in the past, one entered into a plea bargain with the bureau while two are currently under trial in accountability courts. In addition, NAB’s appeals against the dismissal of cases involving two candidates by the Lahore High Court are currently pending in the Supreme Court of Pakistan.

Thirteen incidents of political and electoral violence were reported during the last month, which has taken the tally of such incidents to a total of 59 since April, the report stated.

According to the report, a total of 10 people were killed and more than nine were injured in these incidents. Out of the incidents reported during June 2018, five occurred in Khyber Pakhtunkhwa (K-P) including Fata, four in Punjab, two in Balochistan and one each in Islamabad Capital Territory (ICT) and Sindh.

The perpetrators used blunt objects such as stones and sticks, explosive materials and firing as tactics of violence. As many as eight out of thirteen were incidents of firing and one of a bomb blast. The remaining four incidents were scuffles among political workers who were either unarmed or used stones /sticks.

With the nomination process entering its final phase, political parties are finalising their candidates for the national and provincial assemblies’ constituencies. In these last hours of candidate selection, cross-party movement of political figures has subsided relative to the preceding months.

A total of 18 political figures were observed switching parties, the formation of two political alliances and two instances of politically influential factions announcing their support for a specific party ahead of General Election 2018.

As many as 10 political leaders changed political affiliations in Punjab, five in Sindh and three in K-P.

The total number of candidates nominated for election to national and provincial assemblies stands at 21,482, registering an overall decline in comparison to the preceding general elections of 2013. However, the overall decrease in nominated candidates has been accompanied by notable increases in the numbers of nomination papers filed for women and minority candidates – for election to provincial assemblies in the latter case.

The significant increase in nominated minority candidates is entirely due to an almost four-fold increase in non-Muslim nominations for election to the Punjab Assembly. Similarly, Punjab’s share in the total increase of nominated women candidates also considerably exceeds the shares of other provinces.

Out of the candidates contesting general elections for general seats in the National Assembly, nearly five per cent or 260 are women. These women filed their nomination papers for contesting on 157 (58%) out of 272 general NA seats. On the remaining 115 seats, only men are in the contest.

FAFEN’s monitoring revealed six development initiatives reported in the press during the reporting period. Former federal minister for Interior inaugurated a Citizen’s Facilitation Center in the federal capital on the last day of his job while laptops were distributed among students across the country during the third phase of the Prime Minister’s National Laptop Scheme announced by former prime minister Nawaz Sharif.

The Ministry of Planning, Development and Reforms released Rs3.79 billion for various ongoing road infrastructure projects in the country. The provincial government of Punjab released funds for Union Councils and launched a Crop Insurance Scheme to protect farmers in four districts.

Meanwhile, according to the local press, distribution of Sui Gas connections in Swat increased in June. In Mianwali, a PML-N MNA announced the construction of six interchanges in the district as part of the China-Pakistan Economic Corridor (CPEC). Moreover, the district administration completed a highway project in Kohat.