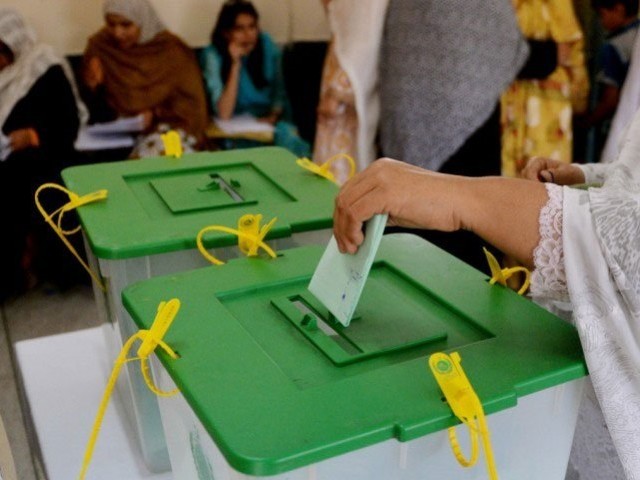 LAHORE: In contrast to the norm of making tall claims about own performance and mudslinging against the opponents, this time the political parties are trying to use religion’s card to gain the upper hand to win public sentiments and support in the upcoming general election.

In the past, election campaigns were run on the basis of performance when a long list of the achievements was shared with people in public gatherings and questions were raised over the poor performance of rival political parties. But this time the political leadership are at loggerheads with each other to claim victory in the polls in the name of religion.

Most areas of the city have been decorated with banners inscribed with different religious slogans to lure voters. Even a political party went to the extent to write on its banners “give a vote and get paradise”.

A survey was conducted in which people gave their mixed reaction over the religion’s card being used by political parties. Social media went abuzz over PTI’s chief Imran Khan’s ‘Sajda’ (prostration) at a shrine.

Khatm-e-Nabuwat clause back in its original form

Some people said the religious sentiments should be kept at bay from election campaign and polls should be contested on the basis of performance while some said there was no harm if this card was used to spread awareness among people that what the previous PML-N’s government had done with Namoos-e-Risalat law.

Talking to The Express Tribune, a citizen Muhammad Sultan said numerous banners could be seen all over the city in which religious slogans had been used to gain the attention of the voters which was not good.

He said religion should not be involved in this process and election campaigns should be run purely on the performance basis and the weaknesses of the rival political parties. He said some political leaders were raising questions on television talk shows over PML-N’s government’s role in the amendment of the finality of prophethood clause.

On a campaign poster of Awami Muslim League’s chief Shaikh Rasheed, he has been referred to as “Mujahid Khatam-e-Nabuwat”. He was also vocal against the PML-N during the controversy of the amendment in the Namoos-e-Rislalat law. Now his campaign is also banking on the religious sentiments of voters in his constituency.

He said Tehreek-e-Labaik was using the slogan ‘give the vote and get paradise’ and other slogans were also being used to make way to the victory in the polls.

PTI’s slogan read “Apka iman ballay ka nishan” and other religious slogans on banners. He said in the past they read the word “Insha-Allah MPA” on candidate’s posters but this time there is no limit for election-2018.

On the other hand, another voter Sabir Ahmed said no one was playing religion’s cards for election, adding it was a way to tell people what actually the PML-N government had done with the Namoos-e-Risalat law. He said people should be educated about it along with the ‘corruption record’ of what he called “Mian brothers”.

Another citizen Liaquat Ali said no one knew what was happening in Pakistan and the whole nation was wasting time and energy on social media to establish whether or not Imran Khan did a ‘Sajda’ at a shrine. “What sort of message we are giving to the nation,” he remarked. Lashing out at PTI chief Imran Khan, he asked what was the wisdom behind visiting shrines when the elections was just around the corner.