4 Pakistani actresses who are obsessed with FIFA World Cup 2018

4 Pakistani actresses who are obsessed with FIFA World Cup 2018

Here is a list of four divas who are comple­tely obsess­ed with the game
By Entertainment Desk
Published: June 29, 2018
Tweet Email 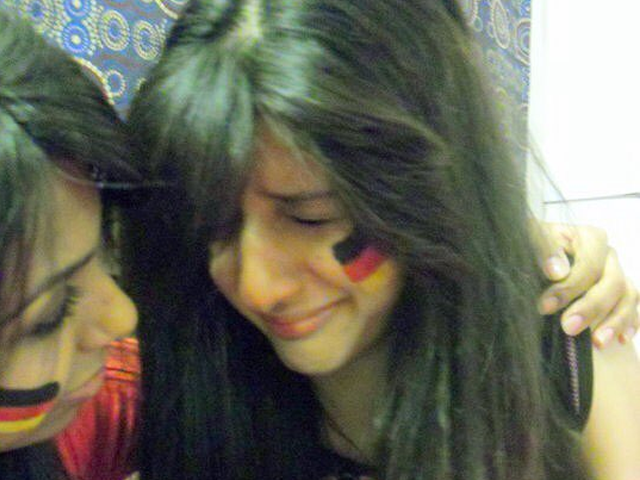 The FIFA World Cup 2018 has arrived and with it the colours of football in Pakistan.

In a flamboyant depiction of the celebration, American singer Jason Derulo teamed up with our very own Coke Studio Sensation Quratulain Balouch for an electrifying duet for the World Cup.

But that wasn’t it!

It seems like other Pakistani starlets have also caught on to the World Cup fever. Here is a list of four divas who are completely obsessed with the game.

The Sammi actor’s social media suggests she is a diehard football fan to say the least. And, we are loving her enthusiasm! “The matches were never this crazy and unpredictable. Thank you #FifaWorldCup2018 for destroying my brain cells,” Mawra wrote.

She was absolutely heartbroken when defending champions Germany, (also, the team she supports) were knocked out of the running for the trophy.

Feels like the end of World Cup. Now I can root for any team whatsoever. This picture from 2010 to say Why germany? #FifaWorldCup2018 May the best team win. pic.twitter.com/qaC66pGPmf

Well, we can’t say that Mahira was ‘obsessed’ per say but the Raees star was actually quite relieved that she will be back home safely after Argentina’s grand win. She also penned a special message for Lionel Messi.

Thank you #Messi for securing my drive back home @HassaanKahn

She actually got hooked onto the ongoing tournament after Mawra made her watch the matches!

Ok so @MawraHocane has got me hooked to FIFA. She usually gets my attention by semi finals but these group matches are MAD ! ⚽️#GERvKOR #MEXvSWE #FifaWorldCup2018

‘Game of Thrones’ series finale will be bloodier: Sophie Turner