Joseph Coutts is the second Pakist­ani archbi­shop who has been honour­ed with the positi­on
By AFP / News Desk
Published: June 29, 2018
Tweet Email 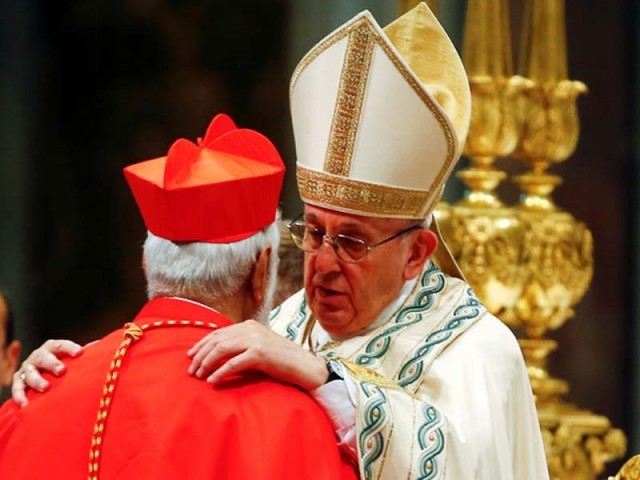 VATICAN CITY: Pakistani Archbishop Joseph Coutts from Karachi on Thursday was appointed as a cardinal by Pope Francis.

Coutts is one of the 14 cardinals appointed by the head of the Vatican from a diverse selection of countries including Iraq, Madagascar and Japan.

Among other commendable initiatives, he also promotes dialogue between Christians and Muslims.

Coutts is the second Pakistani archbishop who has been honoured with the position after the death of cardinal Joseph Cordeiro back in 1994.

He was appointed archbishop of Karachi, replacing Evarist Pinto in 2012. 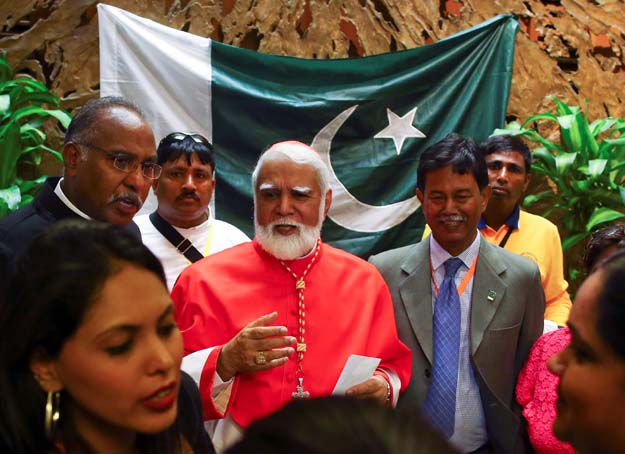 Cardinal Joseph Coutts poses with others in Paul VI’s Hall at the Vatican following a consistory ceremony, June 28 2018. PHOTO: REUTERS

Coutts has also served as the National Director of Caritas Pakistan and is actively involved in inter-faith dialogue with Muslims. He is also the president of Pakistan Catholic Bishops Conference.

A doctor of philosophy, he can speak several languages including English, Italian, German, French, Urdu, Punjabi and Sindhi.

In the event of a conclave to name a new pope, 11 of the new 14 cardinals being under 80 years of age would be eligible to take part.

The appointments come as the Argentine pontiff gradually shapes a less European college of cardinals whose members are often committed to peace or social justice.

Among the new “princes” of the church will be Iraq’s Louis Sako who has often met Pope Francis to discuss the situation in the war-torn country and the plight of the dwindling Christian community.

He described his nomination as “a thought from the pope for the Christians of Iraq.”

One third of the Christian families in the north of the country were able to return to their land after the collapse of the Islamic State group, often with funds raised by the church.

“It’s is our land, we were here before the arrival of Muslims”, says Sako who advocates “dialogue” and challenges “a vision of a uniquely Islamic nation”.

Desire Tsarahazana from Toamasina in Madagascar is the only African among the new cardinals.

“The people are suffering and need support,” he said of his appointment.

The Pope was also to appoint Thomas Aquinas Manyo from Osaka in Japan.

Among the three Latin American prelates is Archbishop Pedro Barreto of Huancayo, Peru.

Barreto fights for the rights of the communities living in the Amazon forest and has received death threats for denouncing working conditions in illegal mines.

Seven European cardinals will also be appointed, including Italy’s Giuseppe Petrocchi, archbishop of L’Aquila, a city destroyed nine years ago by a violent earthquake.

As well as having the key role of choosing a new pope, cardinals often also hold the highest administrative offices in the church.

Pope Francis, the first head of the church from Latin America, is 81 and was named in 2013 after his predecessor Pope Benedict XVI stood down citing advancing age.