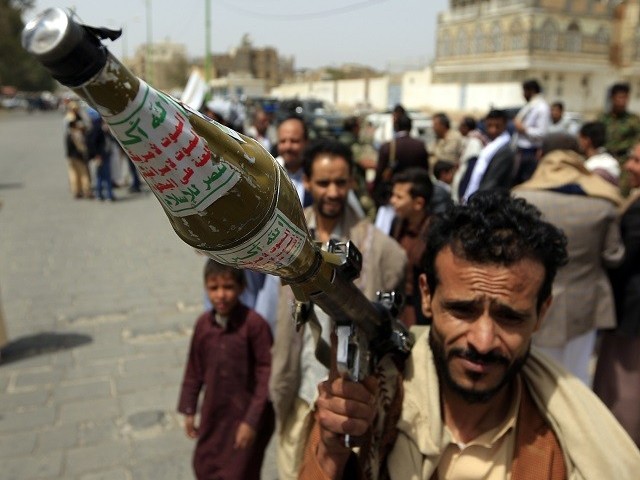 Supporters of the Yemeni Houthis demonstrate in the capital Sanaa on 25 June 2018, in support of fellow Huthis engaged in battles against the coalition forces led by the UAE and Saudi Arabia in Red Sea port city of Hudeida. PHOTO: AFP

“The coalition killed 41 terrorist elements in Maran and destroyed their vehicles and equipment. Among the dead were eight members of Lebanese Hezbollah, including a commander,” coalition spokesperson Colonel Turki al-Maliki said in a statement, without offering details on how the fighters were killed.

Maran is in Saada province, a stronghold of Yemen’s Huthi rebels, who are reportedly backed by Iran.

It was the first official announcement by the coalition of Lebanese Hezbollah fighters being killed in Yemen although Maliki said it was “not the first time”.

The coalition has frequently accused Iran of providing weapons to the Huthis, namely ballistic missiles that have targeted the kingdom with increasing frequency.

In a November interview with CNN, Saudi Foreign Minister Adel al-Jubeir accused Hezbollah of firing a missile provided by Iran at the kingdom from Yemeni territory. Hezbollah denied that claim.