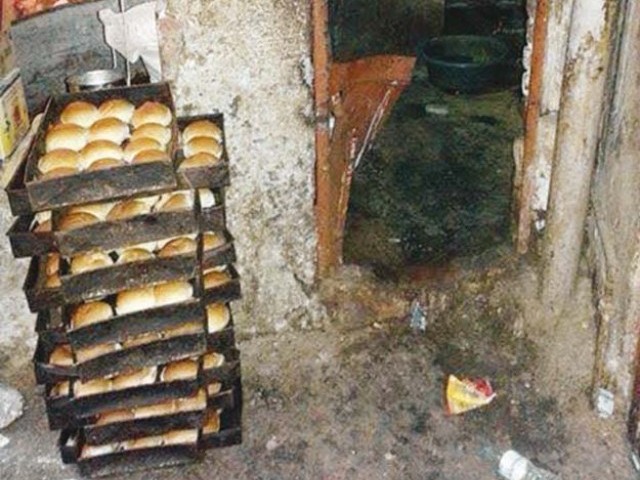 MUZAFFARGARH: The Punjab Food Authority (PFA) officials raided different areas of the province and sealed factories and food points over unhygienic conditions and adulteration. The PFA teams also imposed fines on the owners of outlets. A PFA spokesperson said 35 kilogrammes of chicken and five kilogrammes of sweets were seized as they were found unfit for human consumption in Muzaffargarh. He added the raiding team gave cash reward of Rs10,000 to the staff of a private hospital for maintaining cleanliness in the cafeteria. He maintained four food points were fined Rs62,000 in Rahim Yar Khan and Layyah over unhygienic conditions and for not following the approved system. Similarly, a hotel and an ice factory were sealed over lack of cleanliness, while 60 kilogrammes of expired cream, 26 below standard bakery items, 20 kilogrammes mixed tea, and other food products were seized by raiding teams. In Khanewal, the PFA team confiscated food items that were unfit for consumption.