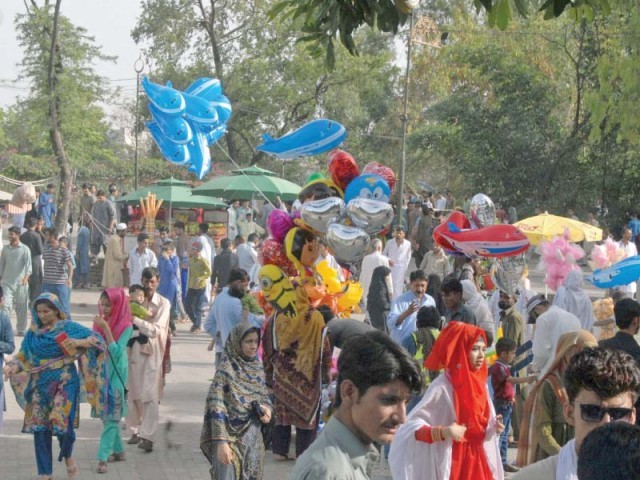 RAWALPINDI: Thousands of fun seekers including women and children thronged to parks of the twin cities of Rawalpindi and Islamabad to celebrate Eidul Fitr.

Having spent the first day of Eid on Saturday on ritual exercise of greeting relatives, friends and near and dear ones, the citizens were seen flocking to numerous parks like Public Park Rawalpindi commonly known Nawaz Sharif Park, Ayub National Park, Family Park in Satellite Town Rawalpindi, Jinnah Park and Shahbaz
Sharif Park especially on Sunday and Monday.

Girls were seen squealing with excitement as they tried to get high on swings while children were laughing and screaming on merry-go-rounds. The adults were exuberant to see smiles on the faces of their children. The fact that Eid has come in summer vacations and there is no school the next day has doubled the fun of the festive occasion.

However, the people were complaining about lack of facilities at the parks and high rates of edible items at canteens and cafeteria as well. They were also irritated while paying extra money for parking most of the parks.

They were of the view that the government should make entry to all the parks with parking facilities free and the prices of all items at canteens should be checked and controlled by the authorities concerned.

A large number of people were also seen traveling towards Murree Hills to enjoy Eid celebrations as the weather of Murree Hills has been very pleasant particularly on Eid days. 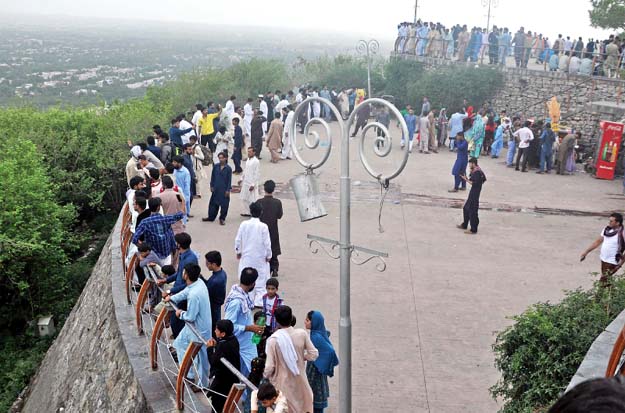 The parks in Rawalpindi were specially decorated to make them attractive for the visitors. The people also demanded of the government to make new gardens and allocate places for small parks at housing localities so that the people should not cover long distances, which also create transportation problems for them.

The families visiting the parks of the city complained that over charging, sale of substandard food items and non-availability of quality products are main cause of concern. The vendors took full benefit to the situation as the concerned authorities failed to control the quality and rates of the commodities rather there was no check and balance in this regard and the shopkeepers were given free hand. The citizens demanded of the authorities to take action against the violators and those fleecing the tourists.

“The food-items being offered at the canteen were really tantamount to robbing children of their Eidis,” said Mohammad Talha, a 15-year old boy at Ayub Park.

The rates of chips, biscuits, burgers, soft drinks, mineral water and other items were almost double in the parks of twin cities as compared to open markets.

People also complained regarding the Auto Teller Machines (ATMs) of various banks including National Bank of Pakistan which remained out of order during Eid holidays creating hardships for the people of the twin cities of Rawalpindi and Islamabad.

The people also complained against fruit and vegetable sellers who fleeced the publican the twin cities and charged prices of their own.

Special security arrangements were also seen outside the parks for the protection of the visitors. The public transporters including taxi drivers fleeced the people and charged fares of their own will.