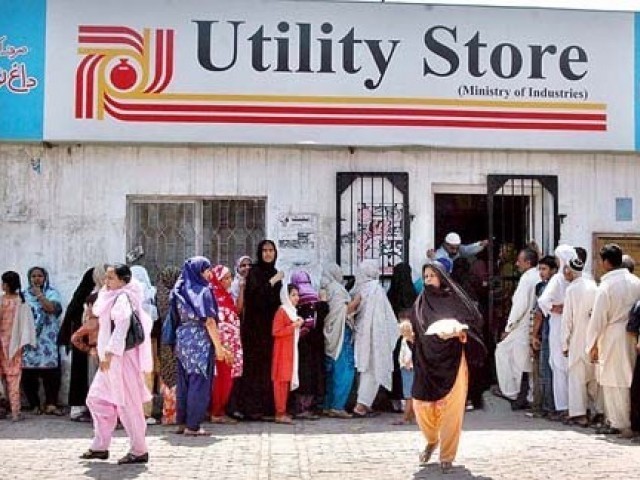 Utility Stores Corporation has cancelled the licenses of 15 franchises on charges of overpricing in Multan region. PHOTO: FILE

MULTAN: Utility Stores Corporation has cancelled the licenses of 15 franchises on charges of overpricing in Multan region. There will be no compromise over the rates and standards of domestic accessories in utility stores.

This was stated by Utility Stores Corporation Zonal Manager Tahir Tagga on Sunday.

He said that the government provided Rs1.73 billion to the utility stores corporation for Ramazan package. He said that heavy subsidy was given on 19 items of daily use, while the prices of more than 1,300 items had been minimised up to 10% to 15%, he added.

He maintained that flour was also being sold on minimum rates in utility stores. He pointed out that a 10 kilogramme flour sack was being sold in Rs250, while a 20 kilogramme sack in Rs500.

Utility Stores Corporation Regional Manager Nayyar Abbas said, “In a bid to facilitate the public, timings of utility stores has been fixed from 8:30am to 10:30pm.  And now the utility stores will remain open on weekend as well.”

He said the shortage of some commodities in Ramazan is due to closure of those franchises that were selling things on higher than the fixed prices.

He added that if people have complaints regarding utility stores then they could lodge a complaint on the number imprinted outside the utility stores. “Immediate redressal is being assured after the registration of complaints.”