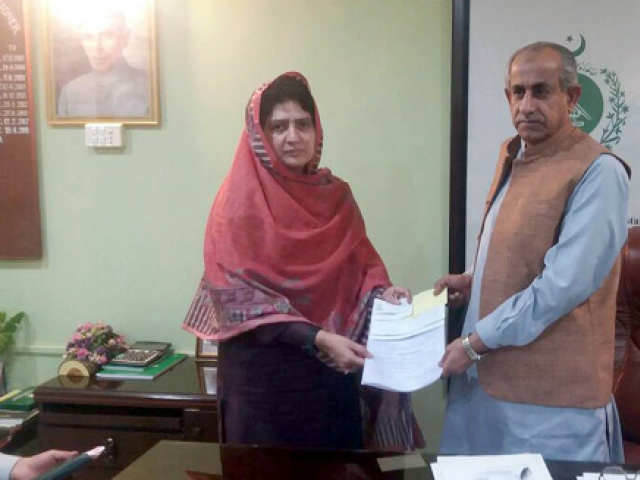 QUETTA: Despite Sunday being a holiday, a large number of candidates submitted their nomination papers for National Assembly and provincial assembly seats throughout the province.

At least 122 nomination papers had been submitted in the returning officers’ offices for 16 National Assembly seats during the week, but on Sunday as compared to Saturday, the number doubled to 539 candidates who submitted their forms for 51 constituencies of the provincial assembly.

Balochistan Election Commissioner Niyaz Baloch said, “ROs are busy in collecting forms as a large number of candidates have reached the offices and submitted their forms.”

He said, “The Election Commission of Pakistan received 122 nomination papers filed by candidates for NA’s 16 seats, while 539 forms have been received for the provincial assembly seats.”
For reserved seats for minorities and women in the National Assembly, a total of 144 applications had been submitted in the Election Commission’s office, he said, adding that 29 candidates filed documents for provincial assembly’s reserved seats.

The ECP had extended the date for receiving nomination papers till June 11, which gave the opportunity to the candidates to throng the ECP offices to submit their forms on Sunday.

Candidates from religious and national political parties are participating in the upcoming general election which has increased the political temperature in the province.

Balochistan Awami Party’s Tahir Mehmood Khan, while filing his nomination papers, said, “The previous government failed in addressing the provincial issues. We had a government of only four months and did our utmost to resolve the issues, including education, health and water.”

Hazara Democratic Party Chairman Abdul Khaliq Hazara, while talking to the media at the Election Commission’s office, said, “The ECP has asked political parties for suggestions regarding the delimitation, while 90% of our suggestions have been accepted and implemented.

“The real representatives of the people will be elected in the elections as the previous government failed in serving the people.”
He urged the people not to vote for the failures.