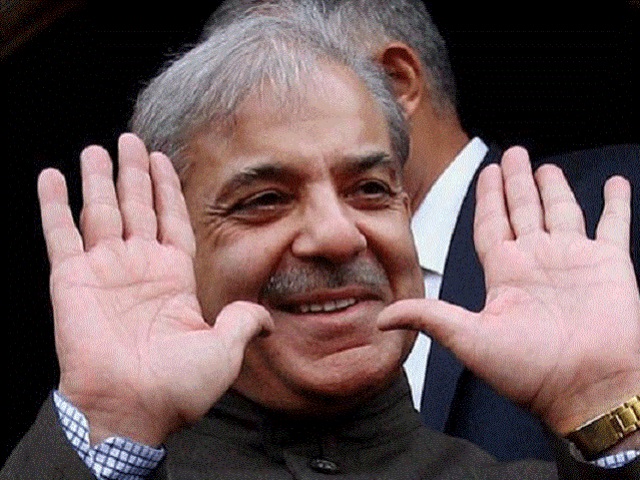 The former Punjab chief minister will submit his papers for NA-248, 249, and 250, Express News reported on Sunday.

Speaking to reporters on the occasion, Senator Zia said Pakistan Peoples Party (PPP) and Muttahida Qaumi Movement (MQM) had failed to restore peace in Karachi. “What have those with mandate done for this city?” he questioned. Shehbaz, on the other hand if voted to power in Karachi, will change fortune of the port city’s residents, Zia added.

The younger of the Sharif brothers is also expected to file papers for NA-132 in Lahore.

Other PML-N leaders, who have submitted their papers include Saiful Malook Khokhar for NA-135, Sheikh Rohail Asghar for NA-128 and Sheikh Tariq Rasheed for NA-155 and NA-156.

Earlier today, Shehbaz Sharif appeared before the party’s parliamentary board for an interview ahead of issuance of tickets for the upcoming general elections. Chaired by PML-N supremo and deposed prime minister Nawaz Sharif, the board interviewed candidates aspiring to be lawmakers.

Maryam Nawaz expressed gratitude towards her uncle for appearing as an ordinary worker and candidate before the board. She also embedded a video in a tweet, where the former Punjab chief minister was briefing the board about a recent visit to Karachi. “The people of Karachi appreciate Nawaz for bringing peace to the city,” he remarked.

Speaking on the occasion, Nawaz Sharif lauded his younger brother’s performance in Punjab and especially southern parts of the province, saying the party was getting stronger due to extraordinary performance of the PML-N government.

“Those chanting slogans of new provinces and talking about dividing PML-N have failed and been unmasked before the masses,” he remarked.