Vienna could be a possib­le venue for such a summit, says Russia­n presid­ent
By AFP
Published: June 10, 2018
Tweet Email 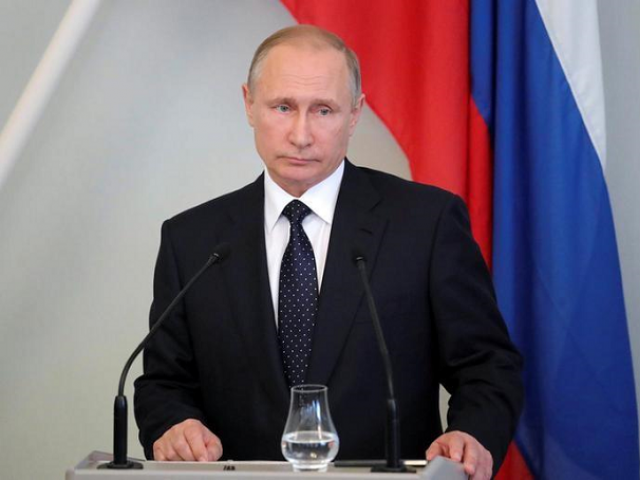 Under the conservative Kurz, Austria has strived to act as a mediator between Russia and the West PHOTO: REUTERS

QINGDAO: Russian President Vladimir Putin on Sunday said he was ready to meet his US counterpart Donald Trump as soon as Washington was ready, adding Vienna could be a possible venue for such a summit.

“As soon as the American side is ready this meeting would take place depending on my working schedule of course,” Putin told reporters in the Chinese city of Qingdao.

“The US president himself repeatedly said that he would consider such a meeting helpful. I can confirm this. It’s true,” Putin said.
He said he did not discuss a possible meeting venue with Trump but ‘many’ countries including Austria were keen to help in organising such a summit.

“But I believe it’s a technical issue,” he said.

“It’s important for such meetings — if they take place — to have concrete contents.”

The Wall Street Journal, citing a senior European official, reported that Putin asked Austrian Chancellor Sebastian Kurz on a visit to Vienna earlier this week to help organise such a meeting and that Washington was considering it.

Under the conservative Kurz, Austria has strived to act as a mediator between Russia and the West.

Trump says will meet Putin ‘in the not too distant future’

While the EU-state imposed sanctions on Russia over Crimea along with the rest of the bloc, Austria did not expel Russian diplomats like other Western nations following the March poisoning of a Russian former double agent and his daughter in Britain, an attack London has accused Moscow of being behind.