Trump says will meet Putin 'in the not too distant future'

Trump says will meet Putin 'in the not too distant future'

Trump believ­es he and Putin would meet
By Reuters
Published: March 20, 2018
Tweet Email 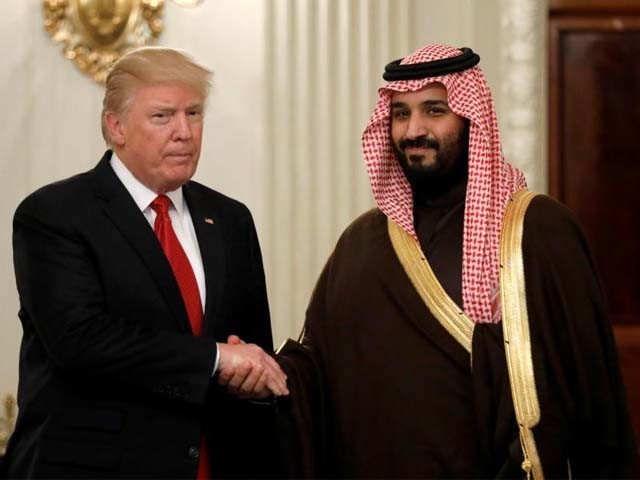 WASHINGTON: US President Donald Trump on Tuesday said he called Russia President Vladimir Putin to congratulate him on his election victory and suggested the two leaders would meet shortly.

During a meeting at the White House with Saudi Crown Prince Mohammed bin Salman, Trump told reporters he believed he and Putin would meet “in the not too distant future” to discuss the arms race between the two countries, as well as the situation in Ukraine, Syria, and North Korea.

Trump added the arms race between the US and Russia “is getting out of control … but we will never allow anybody to have anything close to what we have.”