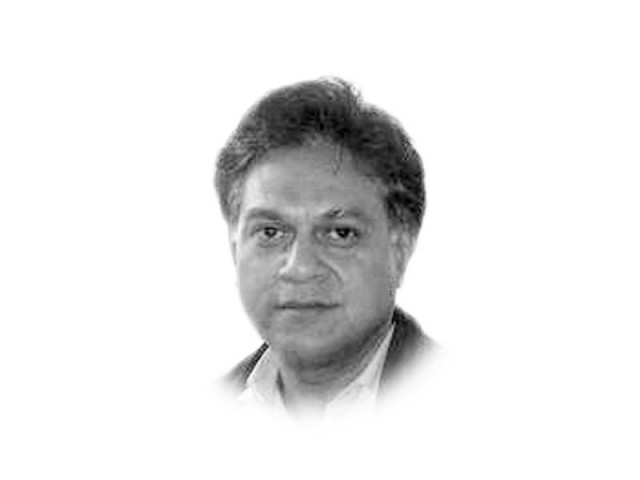 The writer, a graduate of Imperial College London and an MBA from London Business School, is an investment banker. He tweets @javedhassan

A spectre haunts Pakistan, one of economic implosion and one that is entirely the making of the previous PML-N government. The nation and its people can ill afford the storm that is brewing, but epic incompetence and malign neglect by the economic managers has ensured that the country is likely to be faced with an economic crunch in the coming months. Thoughtless and wasteful expenditure on metros, mega projects, and ministerial merriment has put Pakistan in a perilous position, which the caretaker government has the onerous task of steering it through for the interim, and the next elected regime to reverse over the long term.

The PML-N government borrowed over $35 billion internationally since it came into power in 2013, and has thereby encumbered the nation with a mountain of external debt that is now in excess of $90 billion. Some of this will have to be paid back in the coming months, but with a burgeoning trade imbalance and therefore dwindling reserves, it becomes increasingly difficult to do so. The PML-N ministers knew full well that they were taking the country potentially into a debt trap given their penchant for borrowing, but did little to mitigate the associated risks. They blithely insisted that the country would not have to go to the IMF for a bailout even though it has become increasingly obvious that the current account imbalances are simply unsustainable. This delusory bubble finally appears to have burst with the finance mandarins in Islamabad presenting the bleak financial reality to the new caretaker prime minister.

While the coterie of the incompetent and possibly corrupt have left a financial time bomb with cavalier lack of concern, it will be the people of Pakistan who are likely to suffer the full consequences in the shape of low economic growth and rupee depreciation in the coming year.

Governments that borrow and spend with disregard for good housekeeping inevitably create a desperate dependence on lenders who place increasingly harsh conditions to be bailed out. This was experienced by Argentina almost two decades ago when it sought the IMF’s help. The fund imposed severe austerity measures before approving the loans, and then withdrew the support in 2001, tipping that country into a crippling sovereign default. These led to widespread unemployment, a sharp rise in poverty, and finally even more misery for the populace when the government froze bank accounts for a year to halt a run. Argentina once again in 2018 faces a similarly bleak prospect, with diminishing forex reserves and the peso falling by almost 20 per cent in the current year and interest rates rising to almost 40 per cent. It has once again been forced to agree to sign onto yet another IMF stand-by arrangement to be able to meet external obligations. The bailout package envisages severe austerity in order to cut budget deficits. Such a replay of past horrors in that otherwise rich country has largely been due to profligate policies of its government.

So it has been with the previous PML-N regime in Pakistan that borrowed without consideration of how the money will be utilised to improve the health of the nation, and even less concern for how foreign debt will be repaid. As significant external obligations become due in the coming months and the current monthly trade deficit of over $2.5b rapidly erodes the nation’s foreign exchange reserves, Pakistan potentially faces the unimaginable prospect of default. It does not require a PhD in finance to see that the previous government left behind a legacy of reckless financial mismanagement that others now have to fix.

The previous economic managers’ tenure may be over, but the heavy burden of their follies has to be carried on the shoulders of the people of Pakistan. They will yet again have to demonstrate their infinite resourcefulness to meet tough challenges ahead. Never has this nation required competent and transparent governance more than it does today. The day of reckoning is upon us.