Food items, educat­ion and the health sector would be exempt from the Value Added Tax, Advise­r to the PM on Financ­e Dr...
By Shahbaz Rana
Published: May 30, 2010
Tweet Email 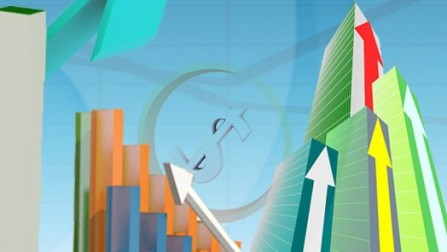 VAT will be implemented from July 1 as there is no Plan B.

KARACHI: Food items, education and the health sector would be exempt from the Value Added Tax, Adviser to the PM on Finance Dr Hafeez Sheikh told a seminar here on Saturday.

“The VAT, which will be levied at a rate of 15 per cent, will be a nightmare for tax evaders. But it will be implemented from July 1 as there is no Plan B,” he said while speaking at a pre-budget seminar organised by the Express Media Group in collaboration with the University of Lahore.

He said wealthy people are opposing VAT “for their own vested interests” and “confusing the public to win their sympathies.” The government has committed the International Monetary Fund (IMF) to replace the General Sales Tax with VAT from July 1. However, the business community, the Senate standing committee on finance and one of the leading political parties are all out against the new consumption tax, he said. “People with vested interests are ready to pay 16 per cent to 25 per cent GST but are opposing 15 per cent VAT, as they know that it will lead to documentation and they may have to disclose their real income.”

He said in the first year of its implementation, VAT collection would be even less than 0.5 per cent of Gross Domestic Product or Rs85 billion. Through the VAT regime, tax exemptions will be withdrawn and taxpayer contact with revenue collectors will be minimal, he promised. Dr Sheikh said that the IMF was “not so bad” and people would have to change their perception about the Fund. “The IMF is not responsible for our faults, as there is a choice between living a lavish life by borrowing from others or act according to ground realities,” he added.

He said that the economy was beginning to stabilise but debt has significantly increased. “The total public debt is now equivalent to 60 per cent of the total size of the economy. This is an explosive situation we have to deal with in the coming years.” The finance adviser said that the 7th National Finance Commission Award enabled the provinces to get more resources for development. “It would help provide basic facilities, provided the provinces rationally used the money”.

He said transition of resources from the Centre to provinces had to be managed carefully and the first test was the federal development budget, approved by the National Economic Council on Friday. “Powerful people are pressuring the government for development schemes but the resource constraints allowed the government to allocate Rs280 billion for uplift, which is a realistic figure,” said the finance adviser. He said the government would have to work harder to protect economic recovery otherwise the growth trajectory would be put in jeopardy.

Dr Sheikh said that in the next budget subsidies will only be “poor-targeted” while all others will be abolished. “At the expense of poor, the rich are getting undue advantages,” he remarked.