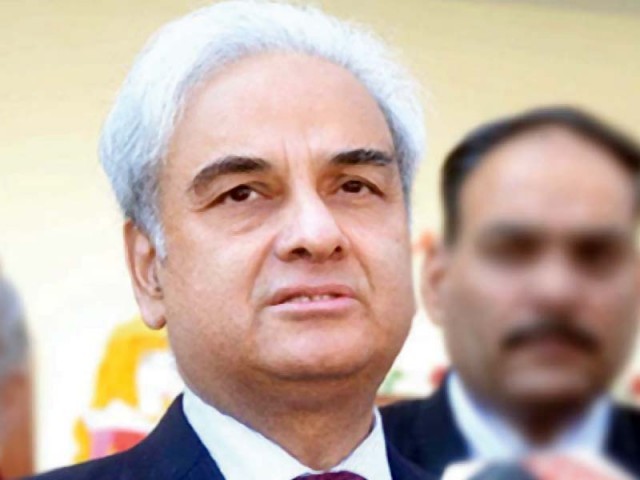 ISLAMABAD .: Contradicting the PML-N’s claims of economic turnaround, the Ministry of Finance on Monday warned the caretaker prime minister that without the support of the International Monetary fund (IMF), the country’s financial survival was at stake.

During a briefing on the country’s desperate economic situation, Secretary Finance Arif Ahmad Khan sought the caretaker prime minister’s permission to engage in talks with the IMF immediately, sources told this correspondent on condition of anonymity.

However, a decision in this regard was expected after the nomination of the new finance minister.

In addition to the finance ministry, the interim prime minister was also briefed by the Federal Board of Revenue (FBR) and the Economic Affairs Division (EAD) in this regard.

The finance secretary is reported to have told caretaker Prime Minister Nasirul Mulk that the country would have no other option but to seek IMF help.

Terming the briefing candid, another government official said that everything was laid bare before the caretaker PM.

The finance secretary’s assessment is in total contradiction to the claims of the PML-N government whose term expired last Thursday.

In 2013, Pakistan’s gross official reserves were $6 billion, equaling import bill for two months. Today, the domestic forex reserves amount to $10 billion but are likely to deplete after paying for two months of imports.

The sources said that the finance ministry suggested that the IMF should be engaged in talks for securing either a standby arrangement to serve short-term requirements or an Extended Fund Facility for a longer period of time.

The caretaker PM was informed that the previous government had already obtained foreign commercial loans in addition to floating eurobonds to bridge the widening current account deficit.

The current account deficit – the gap between external receipts and payments – widened to a record $14 billion during the July-April period of the ongoing fiscal year, according to the State Bank of Pakistan (SBP) statistics.

Pakistan’s external financing needs for the next fiscal year needed to be met by exploiting all available options, including the IMF, sources quoted the secretary finance as having told the caretaker prime minister.

In its last assessment, the IMF evaluated that Pakistan needed financing of $27 billion for fiscal year 2018-19, beginning in July this year.

The PM was informed that as of May 18 this year, the country’s gross official foreign exchange reserves stood at $10 billion and were insufficient to support payments for imports of more than two months.

According to the finance ministry, by August this year, there should be some kind of arrangement with the IMF to handle the external payment pressure, the sources said.

The PM was informed that a delayed decision on devaluation of rupee against the US dollar also caused fast depletion of foreign currency reserves.

The PML-N government had boasted about “coming out of IMF clutches” in September 2016, but its mismanagement of the national economy has necessitated a new IMF programme.

It is unlikely that the IMF will sign a deal with the caretaker set-up.

The discussion for the last bailout package of $6.2 billion had begun during the caretaker set-up, but the deal for the programme was signed by the PML-N government in September 2013.

The sources said that a similar strategy could be adopted again, subject to the IMF’s willingness to engage in talks with Pakistan at this stage.

They said that FBR Chairman Tariq Pasha also informed the PM that the board would not be able to achieve the revised tax collection target of Rs3.935 trillion.

The sources said that the finance secretary also informed the PM that the budget deficit – the gap between expenditure and revenue – will be far greater than the revised target of 5.5 per cent of GDP or Rs1.8 trillion. The caretaker PM was also told that the deficit could surge above 6.5 per cent of GDP.

Budget deficit during the first nine months (July-March) also widened to a new record of Rs1.481 trillion, amounting to 4.3 per cent of GDP.

The finance secretary also told the caretaker PM that a decision on revising prices of petroleum products was also pending.