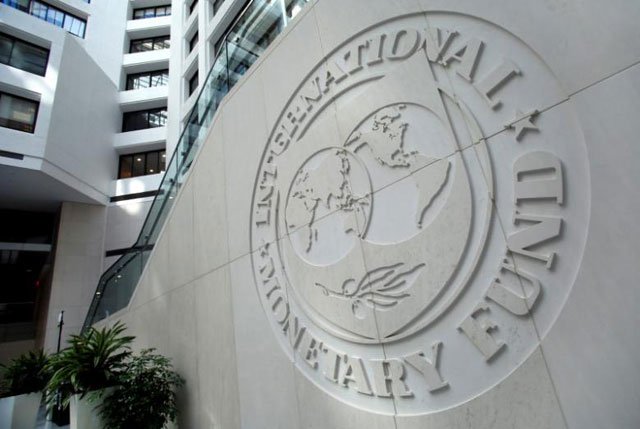 ISLAMABAD: In a disclosure that could jolt the country’s financial markets, the International Monetary Fund (IMF) has said Pakistan’s net international reserves after excluding its foreign exchange liabilities are negative $724 million.

In its first Post Programme Monitoring report, the global lender has exposed the shallowness of the current gross official $12.1 billion reserves, which are largely maintained by double booking of reserves and taking Chinese deposits under the currency swap arrangements.

As of February 14, Pakistan’s Net International Reserves stood at minus $724 million – down from $7.5 billion in September 2016 when the three-year IMF programme had ended, according to the IMF report released on Thursday.

It said that Pakistan’s foreign exchange liabilities were $13.5 billion as against its gross official reserves of $12.8 billion as of February 14.

However, the reserves further slipped to $12.23 billion by March 2, which means the net international reserves were negative $1.22 billion.

The IMF reached the minus $724 million net international reserves figure after it excluded the $5.4 billion loans that the State Bank of Pakistan had obtained through currency swaps, $6.3 billion IMF loans, $1.03 billion Chinese currency swaps and $700 million liabilities of other commercial banks.

The gross $12.8 billion reserves were equivalent to 2.2 months of prospective imports cover, or 50% the IMF’s reserve adequacy metric.

This could also create problems for the government in arranging external loans, as international creditors would now ask for higher returns on their investments in Pakistani bonds.

The IMF said that even the gross official foreign currency reserves declined despite significant external borrowing by the government, including several syndicated bank loans and issuance of Sukuk and Eurobonds worth $2.5 billion.

The IMF further said that if Pakistan remains unable to attract sufficient foreign capital inflows, its gross official foreign currency reserves may further slip to $9.37 billion by June this year.

In case of the baseline scenario, where the country will be able to get about $11.6 billion gross loans, its official gross reserves would be $12.1 billion by June, according to the IMF.

The IMF has suggested that Pakistan should further tighten its monetary policy, ensure stronger fiscal discipline, and decisive efforts should be made to contain losses in public enterprises in order to address external imbalances and fiscal risks.

The IMF said Pakistan’s decision to control the import bill through administrative measures like imposing regulatory duties and maintaining cash margin requirements had limited effects, as the reserves continued to decline.

Despite the continued recovery of exports and some moderation of growth in imports, the current account deficit is expected to widen to $15.7 billion, which is equal to 4.8% of GDP this year, said the IMF.

The IMF said even in the medium term, current account deficit is expected to remain elevated at about 3.8% of GDP, “owing to continued real exchange rate misalignment and slow recovery of remittances”.

The IMF has also shared Pakistan’s perceptive in its report, which shows that both the stakeholders had a difference of opinions on the exact quantum of reserves and current account deficit.

But the difference is not much, as Pakistan thinks its gross official reserves would be $1.8 billion higher than the IMF’s estimates.

The IMF said that Pakistan believed that the new measures will generate a significant fiscal impact and restore the sustainability of balance of payments in the medium term.

Against the IMF’s projection of 5.5% budget deficit, the government believes that the deficit can be contained to 5% of GDP in this fiscal year.

In addition, a stronger impact of the recent exchange rate depreciation and other policy measures on trade balance could help contain current account deficit to 4.4% of GDP against the IMF’s projections of 4.8%.

With this, gross reserves could stabilise at about $13.9 billion this year and recover to 2½–3 months of imports in the medium term, according to Pakistan’s assessment.