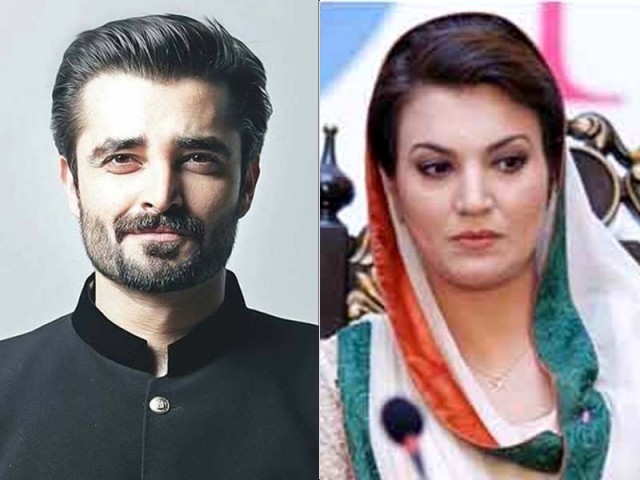 Notice says since July 2, Abbasi has been spreading misleading information in media against Reham. FILE PHOTOS

The notice says that since June 2, Abbasi has been spreading, publishing and broadcasting several communications, statements and representations online and in print and broadcast media against Reham, including accusing her of receiving GBP100,000 from the PML-N and Shehbaz Sharif. It also lists the accusation that Reham was in contact via email with PML-N leader Ahsan Iqbal, adding that Iqbal has denied this and clarified that he never contacted her through email and had only met her a few times while appearing as a guest on her TV show.

The notice says that the false statements have continued circulating in the media with no attempt to deny them being made by Abbasi.

This, the notice says, amounts to defamation which is actionable as slander and libel.

The notice adds that on June 2, Abbasi appeared on the Express News programme To The Point with Mansoor Ali Khan and repeated the GBP100,000 claim while also stating that he had no need to prove the allegation. In the same show, he also accused Reham of being “opposed to the Pakistan Army, which is again patently false and an allegation designed to undermine” her credibility as an independent journalist. It says that this makes clear his wish to situate Reham “falsely in the midst of some grand conspiracy, thereby making it impossible [for her] to live freely in Pakistan.”

Abbasi’s statements have caused Reham “irreparable loss and damage to her reputation and career”, while also causing her “severe mental agony, anguish pain, and mental torture.”

The notice adds that if, in terms of Section 8 of the Defamation Ordinance, Abbasi does not tender a proper and unconditional apology to Reham within 14 days in all media and with the same prominence as the defamatory statements, the lawyers will initiate legal action against him and pursue damages to the tune of Rs5 billion.

It also requires him to desist from making any false communications and publications, including defamatory statements.

It adds that Reham reserves the right to pursue further legal remedies via the Prevention of Electronic Crimes Act and other laws while noting that Abbasi has voluntarily admitted to having hacked her email account in connivance with others and having illegally obtained the copyrighted manuscript of her book. 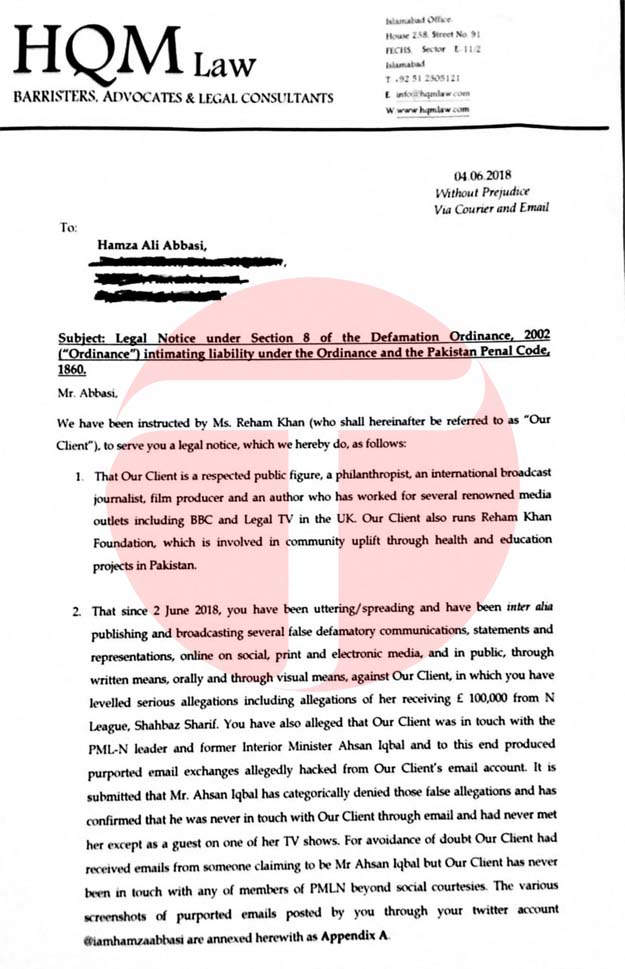 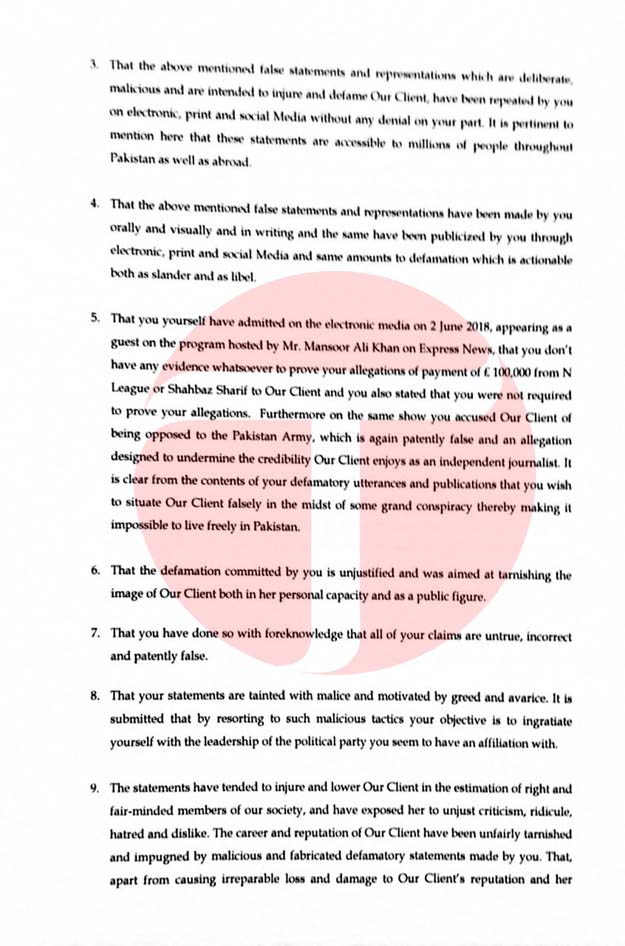 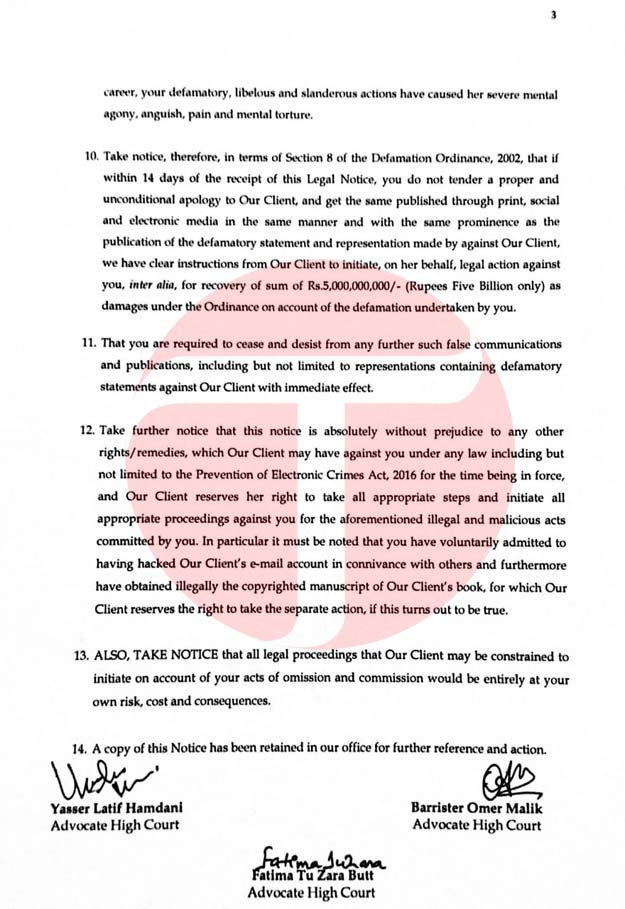