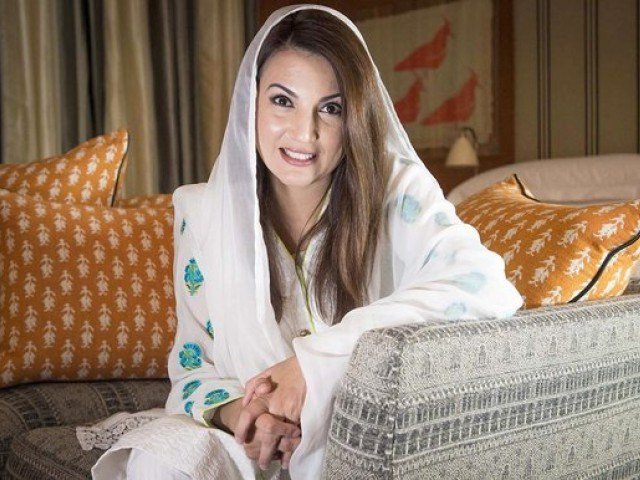 KARACHI: Imran Khan’s ex-wife Reham Khan has been served a legal notice by her first husband, a cricket legend, a British businessman, and a PTI official over the contents of her upcoming book.

The notice issued by British law firm Sweetman Burke and Sinker on May 30 says that each of them received copies of the manuscript for her book from an anonymous source. The book contains “a litany of malicious, false, incorrect, highly misleading, callous, wanton, tortious, prejudicial, damaging, libellous, and defamatory imputations” directed towards the filers.

The point-by-point details include “defamatory imputations” towards Bukhari, who is accused in the manuscript of arranging an abortion for a young woman allegedly impregnated by Imran.

Accusations of Rehman’s violence and cruelty towards Reham are also mentioned. The notice refers to a contradiction within the book regarding the timeline of when the alleged violent conduct began – throughout the marriage or after the birth of their first child.

Khawaja is accused in the book of having had an illicit affair with PTI chief Imran and exerting enormous control over him. The notice claims Reham called her “chief of the harem” in the manuscript.

The notice provides Reham with 14 days to meet various conditions to avoid further action. These include agreeing not to publish the manuscript in its current form, and to remove the alleged defamatory passages while confirming in writing to the filers that the allegations in the manuscript are refuted as false and defamatory and will not be repeated in the published book.

It also requires an undertaking that she will not create any further defamatory material, will provide details about the sources of her manuscript, and details of any websites where the manuscript in its current form may be posted.

She has also been asked to make proposals for the payment of damages if any details from the manuscript leak online, while providing an undertaking to monitor and delete any defamatory content for which she may be responsible.

If these are not received by June 14, the law firm will advise its clients to approach the high court for an injunction to stop publication of the book and “substantial damages”.

When The Express Tribune spoke to Bukhari, he said he was not giving any official statement at this time.

Reham’s lawyer in Pakistan, Yasir Hameed Hamdani said he is not aware of his client having received the notice. 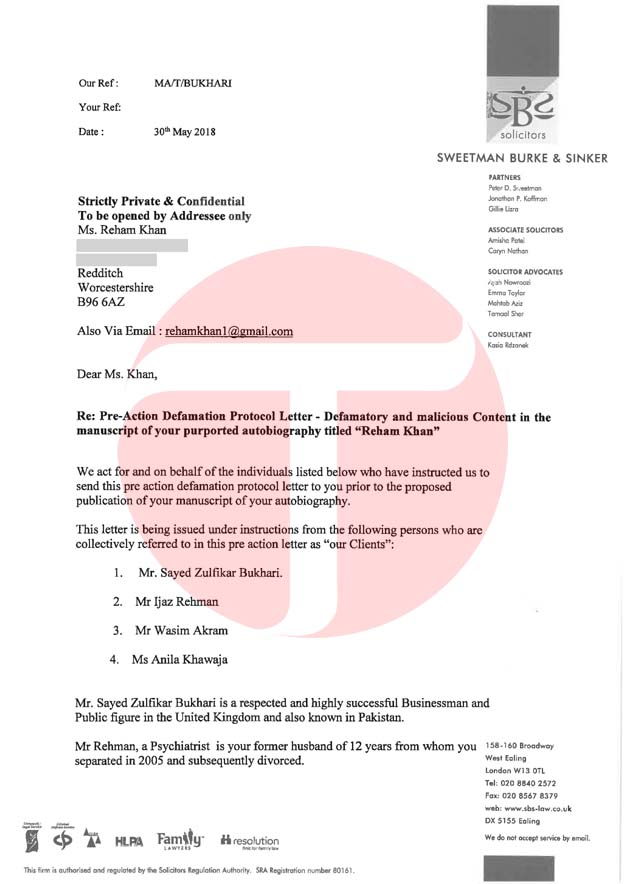 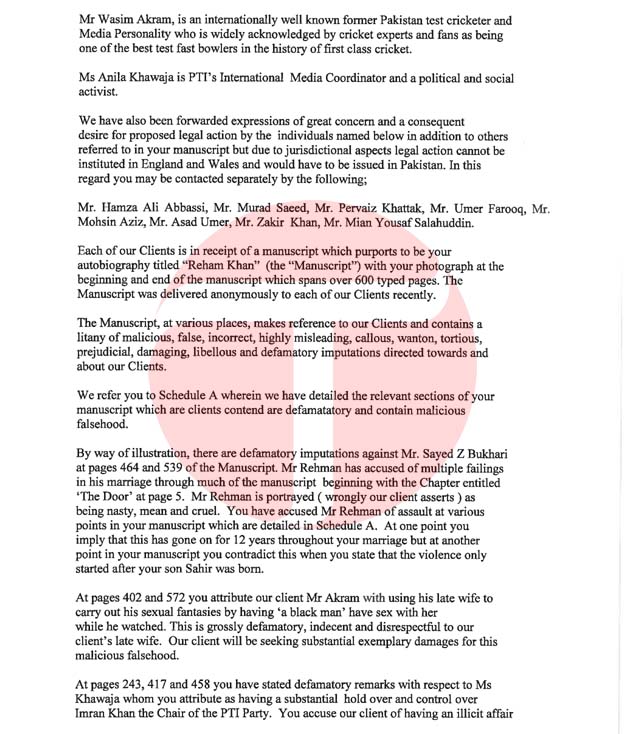 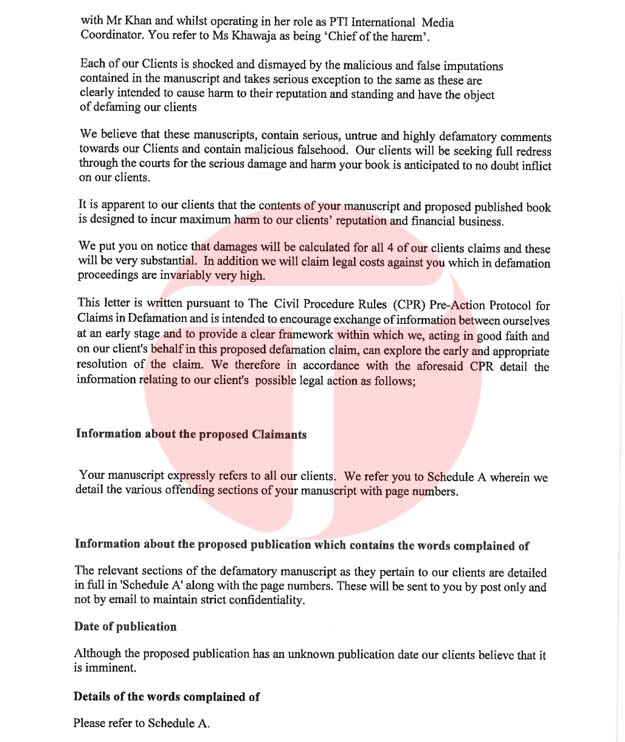 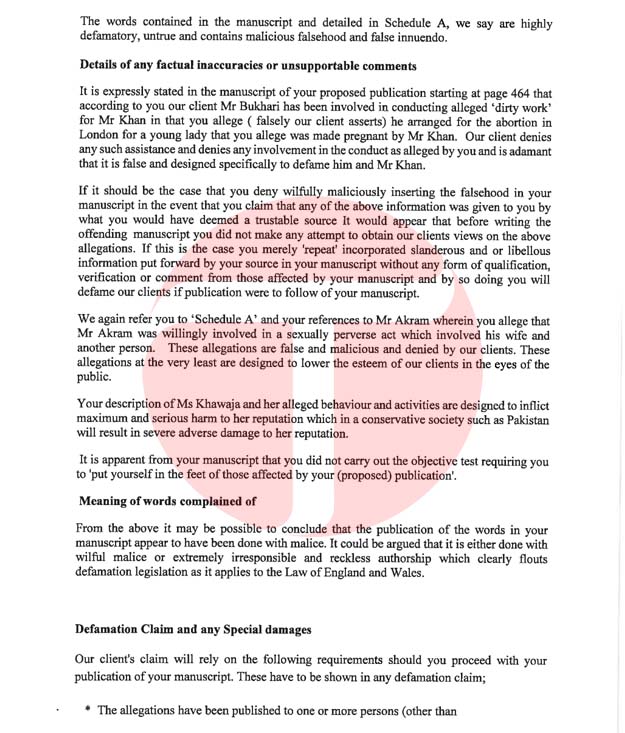 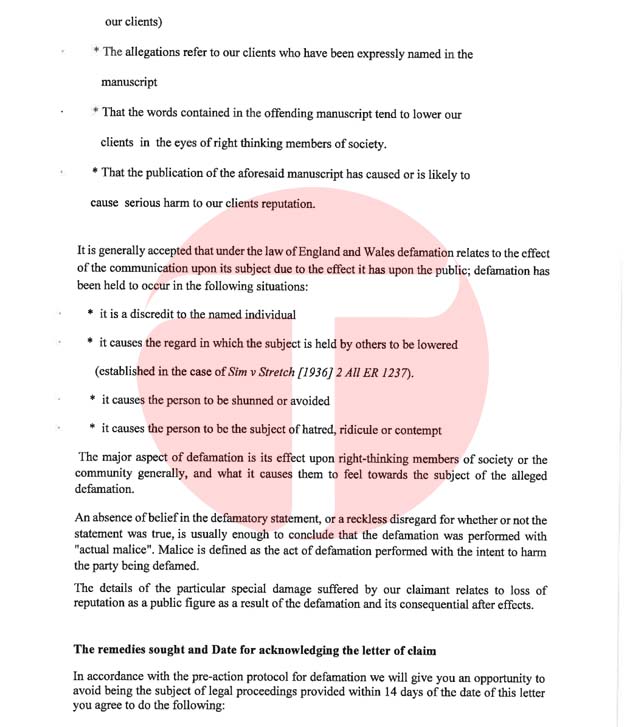 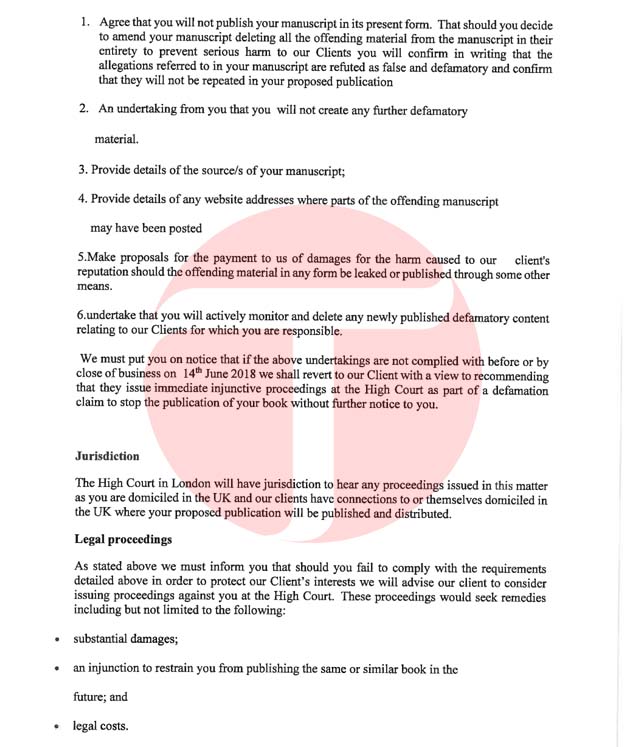 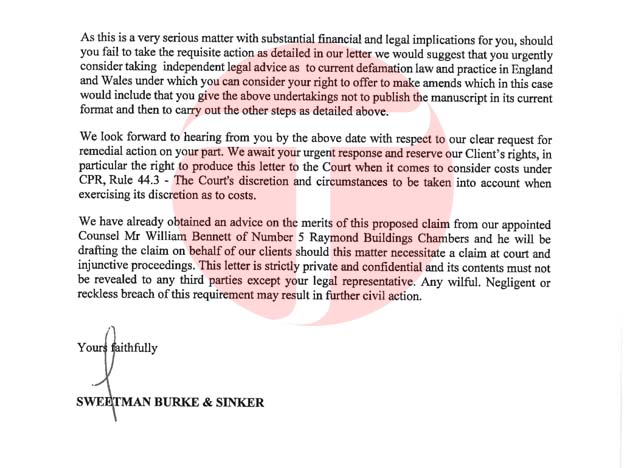