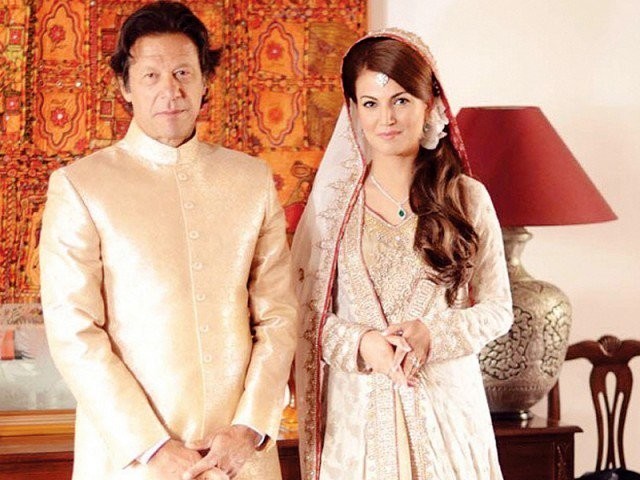 Broadcast journalist Reham, the erstwhile wife of Pakistan Tehreek-e-Insaf (PTI) supremo Imran Khan, has reiterated once again how the cricket legend is not sadiq and amin in line with constitutional provisions.

Reham asked Supreme Court Chief Justice Saqib Nisar take suo motu notice of the matter while speaking to a local television  channel. The former BBC weathergirl claimed Imran had kept his marriage to Bushra Maneka under wraps for two months and equivocated when pressed for an answer. This, Reham said, constituted a violation of  Article 62 and 63 of the Constitution.

The journalist-turned-author also categorically rejected claims of the Sharifs, Maryam or Shehbaz, of having bankrolled her book. Reham also said she was at a loss to understand how a book could influence the outcome of the forthcoming general elections.

Reham is expected to launch her debut work before the nation goes to the polls, Express News reported earlier. The book is premised on her personal experiences as a “mother, wife, journalist and warrior”.

Separately, actor Hamza Ali Abbasi claimed on Friday to have had the  “very unfortunate experience of reading a manuscript of Reham Khan’s book”. In response, Reham wondered how it was possible for him to obtain the manuscript before its release. “Only possible through fraud or theft,” she added.

Hamza has been emailing me threats since August 2017.
Bullies trying to silence me