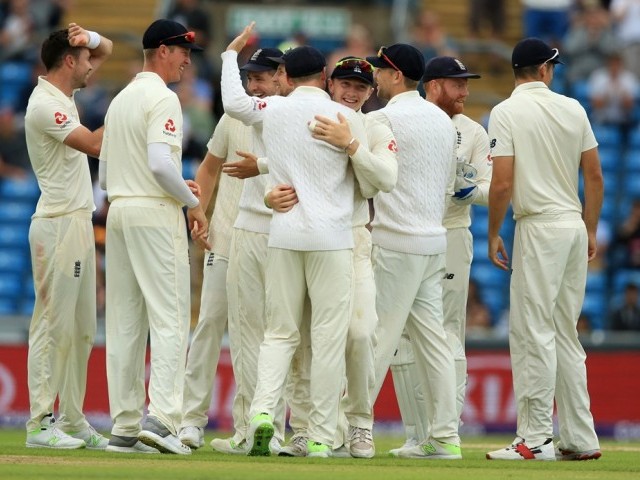 After gathering a lot of praise for an inch-perfect performance against England at Lord’s, Pakistan are in for a bashing after they lost the second Test by an innings and 55 runs on Sunday.

England, like cornered tigers, jumped back to bite Pakistan at Headingley when the second Test started on Friday.

Pakistan were all out for 174 in the first innings after Sarfraz Ahmed opted to bat first in overcast conditions.

The decision backfired but tail-ender and leg-spinner Shadab Khan savoured some respect for Pakistan with a fluent 56 off 52 balls.

In their reply, England batsmen didn’t score profusely, but every single one of them was able to add important 20 plus runs to their team’s total as they scored 363 when the last wicket fell.

Jos Buttler was the only fifty scorer for England, down the order, with 80 off 101 balls.

Pakistan, when asked to cover the lead and then set a target, failed miserably and were blown away by English bowlers.

Pakistan will now play wrap up the their tour of Ireland and England with two T20Is against Scotland on June 12 and 13, respectively.

Sarfraz proud of young side despite defeat