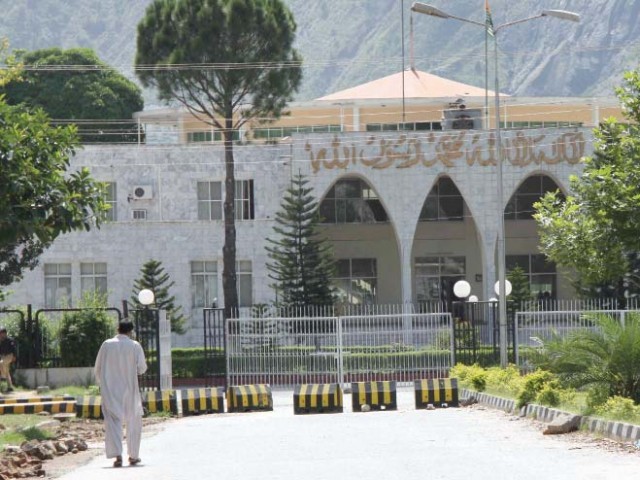 MUZZAFFARABAD: Azad Jammu and Kashmir (AJK) President Sardar Masood Khan and Prime Minister Raja Farooq Haider Khan on Saturday held a meeting at the President House to discuss the successful passage of the 13th amendment to the AJK Interim Constitution Act, 1974, which devolves additional legislative, administrative and financial powers to the state government.

Both the leaders stressed that passing of the 13th amendment, leading to reforms of the AJK Council, is a historic step, which empowers the government of the state of AJK.

President Masood extended felicitations to Prime Minister Haider for successfully spearheading the efforts towards strengthening the AJK Legislative Assembly and paving the way for the amendment.

According to Masood, the amendment truly reflects the sentiments and aspirations of the people of Azad Kashmir towards achieving greater empowerment and autonomy. This, he said, would also open the doors to the accelerated development of infrastructure, power generation, health, education, tourism, industry, agriculture and telecommunications sectors in AJK.

The 13th amendment would increase the responsibilities of the government where it would have to ensure enhanced efficiency and effectiveness of the government resources, good governance, socio-economic and political development and general welfare of the people in a sustained manner, he added.

He urged political parties across AJK to forge unity and come towards working together for the welfare of the citizens and the prosperity of the area.

Commending the efforts of all those involved in the process, the president said, “With greater financial and administrative autonomy provided through the reform package, the government will be able to address more chronic issues like the supply of electricity, water usage charge and resource sharing.”

These reforms would enable the government to streamline matters related to governance, Masood said, adding that empowering AJK legislators would make them more accountable and answerable to their constituents, which would strengthen the legislative body and the democratic structure in the region.

Both the president and the prime minister expressed their gratitude to former prime minister of Pakistan Shahid Khaqan Abbasi and the former federal minister for Kashmir for their his support in approving the well-needed reforms.

Masood and Farooq said that with these reforms, the government and the citizens had been further empowered, and AJK – being the base camp – would help inject new vigour into the struggle for right to self-determination of people in IOK.

Both the leaders renewed their pledge to selfless dedication of their efforts in helping raise the profile of the Kashmir issue and thanked Pakistan for its continued support to the Kashmir cause.