Accumu­lated filthy water and foul smell has made lives of people in the Yazman’s Grain Market area misera­ble
By Our Correspondent
Published: June 2, 2018
Tweet Email 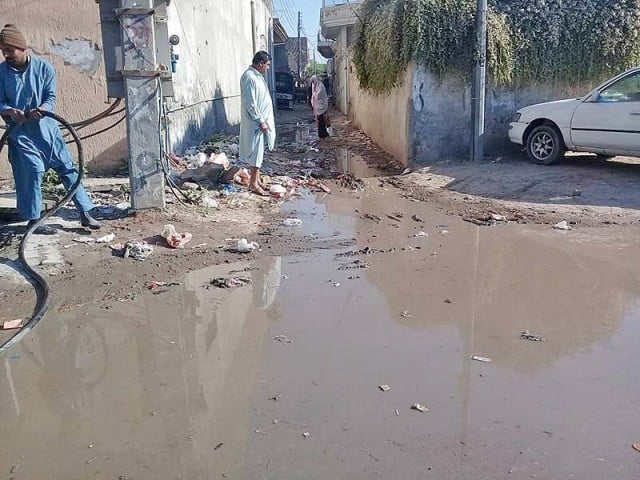 BAHAWALPUR: Sewerage system in Yazman’s Grain Market has been in dilapidated condition for the last few months creating difficulties for buyers and farmers. Officials told Express Tribune that Yazman, which is considered as one of the biggest markets of Punjab, has broken sewerage lines. As a result, sewerage water overflows on the roads. Accumulated filthy water and foul smell has made the lives of the people in the area miserable. Besides, the situation has also affected the business activity in the grain market. Market traders Hafiz Abdul Lateef, Tariq Mehmood, Haji Roshan Din, Hafiz Mehboob Alam, Shan Mehboob and others said that they have informed the local administration several times regarding the situation but the problem could not be resolved. They appealed to Bahawalpur DCO to issue the orders of fixing the sewerage system so that the business activity could resume to normal.