Of every five people over 40 years, one suffer­s from high blood pressu­re
By APP
Published: June 2, 2018
Tweet Email 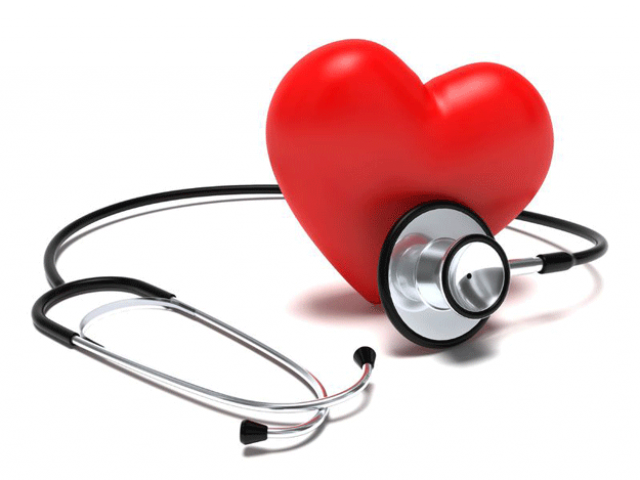 KARACHI: Many people have the impression that high blood pressure or hypertension is a disease of urban centres due to the peculiar lifestyle of people living in cities. However, a recent study by Aga Khan University (AKU) revealed that the risk of hypertension is also high in the rural areas of Sindh.

According to the study, numerous cases of uncontrolled blood pressure were found in rural areas of the province. Stress, poor eating habits and lack of exercise were identified as possible causes of hypertension. It was also revealed that awareness about the disease in rural areas was alarmingly low.

According to the World Health Organisation statistics, one in three adults in Pakistan is suffering from high blood pressure. The findings of the AKU study also found high prevalence of hypertension in rural areas as one in five people over the age of 40 was found to have high blood pressure.

Researchers also found low awareness about the disease as six out of 10 people suffering from high blood pressure did not know that they had the disease.         Even those who were taking medications had high risk of health complications associated with hypertension since the survey found out that more than seven out of 10 people on anti-hypertensive drugs continued to suffer from uncontrolled blood pressure.

The survey was part of an ongoing multi-country collaborative study, titled ‘Primary Care Strategies to Reduce High Blood Pressure: A Cluster Randomised Trial in Rural Bangladesh, Pakistan and Sri Lanka’. One of the striking findings of the study was the prevalence of inadequate treatment for hypertension as nearly 90% of individuals on medications in the study were only taking a single blood pressure drug, whereas, effective control of blood pressure requires most patients to take more than one anti-hypertensive medication.

The study revealed that 48% of patients were not taking their medicines regularly which also increased their vulnerability to the disease. High blood pressure is a major contributor to heart disease, one of the leading causes of deaths in Pakistan, and can also lead to other non-communicable diseases, the diseases which are not caused by infectious agents such as diabetes and stroke.

“Hypertension has reached epidemic levels in Pakistan and other South Asian countries,” said Dr Imtiaz Jehan, associate professor at AKU and principal investigator of the study in Pakistan. She stressed the need for adopting strategies to prevent new cases of hypertension and improving the existing hypertension management care.

“We plan to use insights from our ongoing study to determine which solutions can be integrated into the public healthcare systems,” the researcher said.

‘Nine out of 10 adults living to 80 will develop disease’

The control and prevention of non-communicable diseases such as hypertension is a global health priority with is included under the third goal of the Sustainable Development Goals, which aims at one-third reduction in deaths caused by such diseases by 2030.

The findings of the study will help improve the planning for treating and preventing non-communicable diseases, said Dr Sameen Siddiqui, chairperson of the department of community health sciences at AKU. According to her, the increasing prevalence of non-communicable diseases in Pakistan was an alarming phenomenon and it called for urgent measures.