Two childr­en drown in River Indus
By Our Correspondent
Published: May 30, 2018
Tweet Email 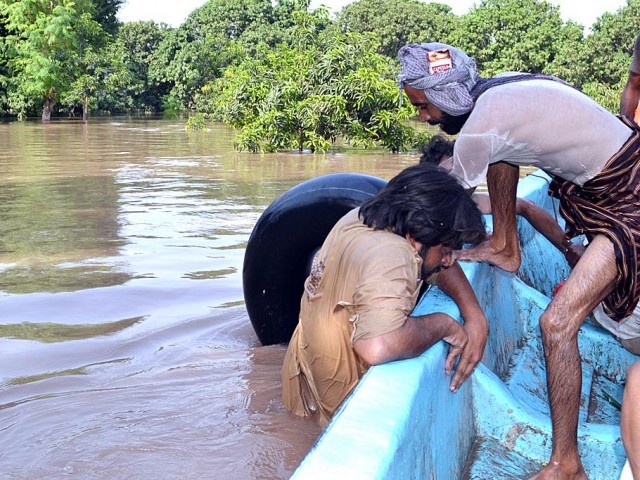 Rescue officials told Express News that in a bid to get respite from the scorching heat, 10-year-old Erum and 13-year-old Atif, residents of Hazoor Baksh Village, were swimming near Patan Rahowari in River Indus. However, both children lost their balance and drowned in the water.

After the incident, family members of the victims and rescue officials reached the spot and initiated a search operation to recover their bodies.

After hours long hectic efforts, the rescuers managed to recover Erum’s body from the water while a search operation to retrieve Atif’s body is under way.

Earlier, a teenage boy died after being dared by his peers to jump in River Jhelum.

Man opens fire at father, brother after being reprimanded